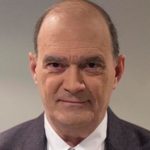 Letter to Time on June 11, 2018 Time Issue
The Spy Masters by Massimo Calabresi

This letter provides comments on Massimo Calabresi’s article, The Spy Masters, based on his interviews of Michael Hayden and James Clapper conducted in May at the Watergate Hotel.

I’m a retired National Security Agency (Jul ’64 – Oct ’01) computer scientist with experience working with both “spy masters” covered by Mr. Calabresi’s article. I worked for Mike Hayden from 1999 – 2001 and was a member of his internal study team (New Enterprise Team) from August 3 – September 24, 1999. I also supported Jim Clapper’s 1999 study of global network exploitation technology in 1999 while he served as a member of the NSA Advisory Board. Consequently, I have a personal interest in public statements issued by Mike Hayden and Jim Clapper and have chapters on both men in my Amazon ebook, NSA’s Transformation: An Executive Branch Black Eye.

In the article’s discussion of the loss of public confidence in oversight of the intelligence community, Mr. Calabresi states, “The programs Snowden revealed had been approved by the congressional committees.” This statement on the surface is correct, but until the Risen-Lichtblau article exposed the President’s Program, only the Gang of Eight had been informed of the warrantless surveillance that had been underway since shortly after 9/11. Once all members of the House Permanent Select Committee on Intelligence (HPSCI) and the Senate Select Committee on Intelligence (SSCI) were read in on the program and persuaded of the program’s intelligence contribution, most endorsed the program and convinced non-members to approve.

Personally, I have no confidence in the intelligence committees’ and their staffs’ ability to impose meaningful oversight on the intelligence community. During my career, I met with and briefed staff members from both the HPSCI and SSCI in their role of conducting oversight of NSA. While I always treated staff oversight with openness and full honesty, I witnessed measures taken by executives to provide misleading information to congressional staff members in response to Questions For the Record submitted to NSA’s Legislative Affairs Office.

The technical nature supporting much of intelligence production demands oversight by those with technical expertise in today’s technologies. It also requires astute and technically savvy members of Congress who understand the evolving vernacular used within the intelligence specialty (e.g. SIGINT) to question admirals, generals, and senior executives testifying in HPSCI and SSCI chambers and obtain direct, clear, and understandable responses. In the absence of such technical expertise by either congressional staff members or members of the intelligence committees, illegal intelligence operations may continue without being clearly understood, and when a leak of the illicit activity occurs, as it did with the Snowden revelations, further erosion of the public trust in congressional oversight will result.

While Mike Hayden is entitled to his belief there exists “a growing unwillingness of the American people to outsource this oversight and validation to their elected representatives,” the reason for much of that erosion in faith lies with him and his action in responding to the 9/11 intelligence failures. In mid-September 2001, Gen Hayden chose to violate the Foreign Intelligence Surveillance Act (FISA) that prohibited collection of U.S. persons’ communications without a Foreign Intelligence Surveillance Court warrant. He based his decision on White House guidance regarding the President’s Article II wartime powers and then rationalized his action with his own warped and distorted understanding of the Fourth Amendment by disregarding the high bar of the probable cause standard and concocting in its place a much lower bar called the “reasonably believe” standard. Had he upheld FISA by choosing an available and legal alternative, the Snowden revelation would have been avoided, and the public rancor over warrantless surveillance would not have occurred.

In summary, I believe both Mike Hayden and the members of Congress jointly can be faulted for the the public’s unfavorable view of today’s U.S. intelligence apparatus. Mike Hayden’s reference to the authority vested in Congress of ensuring intelligence operations are conducted in full accordance with the U.S. Constitution and Public Law as having been “outsourced” to the public’s elected representatives is flawed. Congressional oversight is an implied power granted within the Constitution under the Necessary and Proper Clause found in the last paragraph of Article I, Section 8. It certainly is anything but outsourced, as we cannot trust the Executive Branch to police itself.

Yoda: The Face of Evil — Mike Hayden (aka Elmer Fudd) as Liar, Mass Surveillant, Torturer, and Proud of It….

Penguin: NSA Paid RSA for an Embedded Back Door Into Products Sold — Time to Indict Hayden & Alexander — and File RICO Charges Against RSA