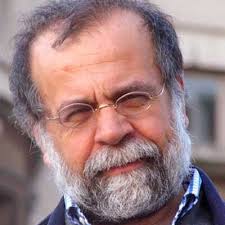 An American and an Arab journalist walk into a Saudi Consulate

On Thomas Friedman, ‘his friend’ Jamal Khashoggi, and our duty to expose the malicious ignorance of imperial messengers.

The New York Times is the barometer of the health and sickness of the American society. So long as it keeps hasbara propaganda officers like Thomas Friedman on its columns the New York Times offers us a perfectly accurate measure of where this society is and where it is headed. It both reflects and manufactures the United States for us.

At issue is the systematic distortion of the truth of the historical struggles of Arabs and Muslims striving for the democratic emancipation of their homeland that is so grotesquely abused and maligned, misread, denigrated, and denied by propaganda officers like Thomas Friedman and the newspaper that regularly features him.

Thomas Friedman will continue to spin his gibberish on a regular basis; Jamal Khashoggi, the world now fears, will never be able to share his hopes for the democratic future of his homeland. The task at hand is never to allow the paparazzi prose and politics of Thomas Friedman to have the last word on “his friend Jamal Khashoggi” or on anything else for that matter. He and his ilk are the noxious symptoms of a disease, the disease of disinformation and untruth, of malignant illiteracy and purposeful ignorance.

ROBERT STEELE: I agree with this 100%.  The New York Times is shit. It cannot be relied upon to inform the public about all threats, all policies, all costs, all events of import. The same is true of all the other print and broadcast media — no one does holistic analytics, true cost economics, or critical compare and contrast, for example predatory capitalism versus open source capitalism. Add to this the Zionist-controlled #GoogleGestapo censorship and manipulation across Amazon, Facebook, Google, MeetUp, Twitter, YouTube and other lesser platforms, and you have  the perfect storm — imbecils communicating idiocy to morons — by definition, anyone reading or listening to this crap is educationally impaired.

The Russians did not “hack” the election. Zionism is evil, Judaism is not. The Saudis are a despotic pedophilic empire that bribed European leaders in the 1990’s to accept the projected waves of unemployed Muslims as a means of both relieving pressure in the Middle East, and undermining the sovereignty and prosperity of  Europe.  How stupid do you have to be to not understand that Saudi Arabia and Israel are the two primary malevolent actors on the world stage today? China and Russia are peer competitors, not enemies.

I have spent my life focused on the craft of intelligence.  I should end this by observing that the US secret intelligence community is also shit.  They provide “at best” 4% of what the Presidend needs and nothing for everyone else. They cannot do all threats, all policies, all costs and they don’t give a shit — they are just a malevolent budget building exercise with a great deal of evil on the margins.  I agree with Bill Binney — 70% of that world can be cut immediately.

Bottom line: we need an Open Source Agency with a truth channel that cannot be censored, manipulated, or used to digitally assassinate the voices of truth. This is NOT to be found anywhere in the world, least of all in the USA.