I really like Larry Ellison for varied reasons including his off-shore sailing and his cash flow, but he now epitomizes the previously successful enterprise that is doomed (along with Google, Microsoft, and IBM, among many others).

Below the fold are three items; first a brief commentary from Stephen E. Arnold, one of the “three amigos” (the other is William Binney) who would have liked to help Oracle; second, a coder talking about Oracle reality — a bog of legacy code; and third, an extract on NoSQL versus SQL.

Amazon is doomed as well, but first they will become a trillion dollar company and screw over hundreds of millions of people. I give them ten more years.

Oracle Takes One On Nose

I read “Oracle Loses Protest of Pentagon Cloud Bid Seen Favoring Amazon.” Oracle, like IBM, wanted a big, hefty chunk of the JEDI contract. Who wouldn’t? According to the real news outfit ThomsonReuters:

The GAO decision issued Wednesday [November 14, 2018] deals a blow to Oracle’s push to expand its federal defense contracts, leaving the tech company with fewer options to improve its chances of winning the award. It also frees the Pentagon to pursue the single-source solution it has opted for all along.

Amazon’s decision to plunk a big office in the middle of bucolic Crystal City and environs suggests that Amazon wants to be close to the corridors of unaudited spending.

Here in Harrod’s Creek, we think Amazon gets a deal from Virginia and this modest decision about the sole source award for JEDI.

Perhaps Oracle should buy MarkLogic and embrace the XML thing. In parallel, Oracle could also pump more dough into Endeca or TripleHop? 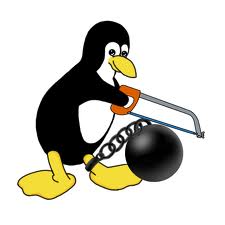 Ask HN: What’s the largest amount of bad code you have ever seen work?

It is close to 25 million lines of C code.

What an unimaginable horror! You can’t change a single line of code in the product without breaking 1000s of existing tests. Generations of programmers have worked on that code under difficult deadlines and filled the code with all kinds of crap.

Very complex pieces of logic, memory management, context switching, etc. are all held together with thousands of flags. The whole code is ridden with mysterious macros that one cannot decipher without picking a notebook and expanding relevant pats of the macros by hand. It can take a day to two days to really understand what a macro does.

Sometimes one needs to understand the values and the effects of 20 different flag to predict how the code would behave in different situations. Sometimes 100s too! I am not exaggerating.

The only reason why this product is still surviving and still works is due to literally millions of tests!

Here is how the life of an Oracle Database developer is:

– Start working on a new bug.

– Spend two weeks trying to understand the 20 different flags that interact in mysterious ways to cause this bag.

– Add one more flag to handle the new special scenario. Add a few more lines of code that checks this flag and works around the problematic situation and avoids the bug.

– Submit the changes to a test farm consisting of about 100 to 200 servers that would compile the code, build a new Oracle DB, and run the millions of tests in a distributed fashion.

– Go home. Come the next day and work on something else. The tests can take 20 hours to 30 hours to complete.

– Go home. Come the next day and check your farm test results. On a good day, there would be about 100 failing tests. On a bad day, there would be about 1000 failing tests. Pick some of these tests randomly and try to understand what went wrong with your assumptions. Maybe there are some 10 more flags to consider to truly understand the nature of the bug.

– Add a few more flags in an attempt to fix the issue. Submit the changes again for testing. Wait another 20 to 30 hours.

– Rinse and repeat for another two weeks until you get the mysterious incantation of the combination of flags right.

– Finally one fine day you would succeed with 0 tests failing.

– Add a hundred more tests for your new change to ensure that the next developer who has the misfortune of touching this new piece of code never ends up breaking your fix.

– Submit the work for one final round of testing. Then submit it for review. The review itself may take another 2 weeks to 2 months. So now move on to the next bug to work on.

– After 2 weeks to 2 months, when everything is complete, the code would be finally merged into the main branch.

The above is a non-exaggerated description of the life of a programmer in Oracle fixing a bug. Now imagine what horror it is going to be to develop a new feature. It takes 6 months to a year (sometimes two years!) to develop a single small feature (say something like adding a new mode of authentication like support for AD authentication).

The fact that this product even works is nothing short of a miracle!

[Redis CEO] Bengal said Redis’s so-called NoSQL technology is much faster and cheaper to own and operate than Oracle’s SQL database. “Companies were demanding much faster response time to operate their wireless apps on much larger databases. Traditional database response times were too slow. Specifically, customers wanted response times of under one millisecond to process 10 million transactions per second. We are the fastest database in the world — 100 times faster than Oracle and much cheaper to own and operate.”