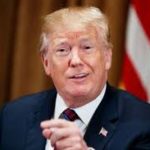 “While CNN doesn’t do great in the United States based on ratings, outside of the U.S. they have very little competition. Throughout the world, CNN has a powerful voice portraying the United States in an unfair and false way,” he tweeted.

“Something has to be done, including the possibility of the United States starting our own Worldwide Network to show the World the way we really are, GREAT!”

Phi Beta Iota: They will fuck it up.  The new guy from Fox does not know what he does not know, and they do not understand the next generation integration of Trumpets (instead of Twitter), USPS email with identify lock, BitChute one stop placement of all Fireside chats on all video platforms with one click, and so on.