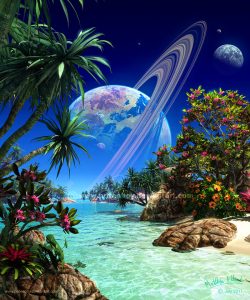 Robert, obviously you have overcome a lot of obstacles to remain standing and to have developed #UNRIG. You have paid your dues in spades. It seems exceedingly clear to me that you could never have accomplished all this without God Almighty’s help. Obviously He has His hand on your life and has raised you up.

From what I envision, the major factor that is now providing an opening for #UNRIG to emerge (if properly publicized) is the massive, spontaneously emerging populism in America and all over the western world from the Internet, which is actually the New Gutenberg Press. When settable type began being used to rapidly mass produce publications, this was truly revolutionary. Now we have the Internet which provides access to whole libraries and vast information at the speed of light, at one’s fingertips at a keyboard. Thus the Internet like the printing press is also truly revolutionary and will create massive changes to society. French Sociologist Emil Durkheim discussed this in his work as “Moral Density” and would no doubt be in the front lines today with the Yellow Vests.

To me this means that the central emergence of key social issues on the Alt media of the Internet creates the potential emergence of massive “moral indignation” at the Cabal’s evil, thus a greater moral density of the masses. Moral density is the mass urge for justice according to base expectations, what some would say is an imperative of natural law.

And add the laptop and smart phones to the Internet and this speed of access to vast information banks and fast communication with others just increases. This increases moral density too.

The Cabals’ controlled mainstream media (and the controlled social media you have labeled #GoogleGestapo) are the choke point, the restrainers of truth about all the corrupt means their Cabal uses to enslave and mind-control the masses to their benefit. Yes, the Cabal’s controlled mainstream media and #GoogleGestapo prevent the masses from knowing truth by filling their heads with lies, false narratives and government and corporate propaganda presented as truth, creating an illusion of truth in the mass mind which is actually 180 degrees from the real truth. Once a person learns enough about the criminal conspiracies and false-flags of the Cabal, they wake up and this veil of deception begins to be pulled back from their mind, freeing them to learn the truths that the Cabal has worked so hard to keep concealed from them.

Because mass populism is now emerging from the Internet at a rapid rate, more and more folks are waking up and the veil of lies and untruths placed over their minds by the Cabal is falling.

This rapid emergence of populism and the slow, but progressively advancing waking up of the masses is creating a situation where #UNRIG can be understood and supported by larger and larger numbers of the public.

You now need to carefully consider how to intersect with the masses who are now waking up as this veil of Cabal lies falls from their eyes.

Working with and being seen with former Representative Cynthia McKinney, a great American Hero, has been a great thing for your #UNRIG plan.

God Almighty has brought you this far. It is up to Him to bless your work and empower it to bring about the changes we all need for a more effective, just and honest society and government.

As Detective James Rothstein’s recent video interviews by Sarah Westall (a great lady herself) show, human compromise (dirty Human Intelligence or HUMINT) is the means by which elected officials, corporate leaders, military and Intelligence leaders, academic and religious leaders, judges, actors, media broadcasters, are all made to do things they would never normally do (completely sociopathic, evil acts).

Simple exposure of their videoed deviate acts in any public Cabal owned or controlled media (here or in Europe, usually Europe first) will create an immediate end to that person’s power and position. With this exposure they quickly become completely rejected by all, even their own family, especially when the secret human compromise act that was exposed was pedophilia (or simulated pedophilia while under the influence of drugs given to them without their knowledge). Your efforts as Chief Counsel for the Judicial Commission of Inquiry into Human Trafficking and Child Sex Abuse, and the superb videos of witness testimony, are a very important starting point but more needs to be done.

Human Compromise has placed an iron grip of control over these high officials and they feel forced to obey the mandates of their controllers who are agents of the Ruling Cabal. This system of HUMINT is of course quite similar to the age old “take the cold Silver or get the hot Lead” gambit. Organized crime, the militaries and numerous Intel agencies have always used this “forced choice” (take the money or get assassinated or at least ruined and impoverished) to entrap officials and leaders. If a high USG official accepts the compromise, stays in office and tows the line, they are greatly rewarded with riches far beyond what they ever expected. How else could so many members of Congress come in relatively poor and then acquire many millions while in office, folks like Nancy Pelosi who is now worth hundreds of millions after thirty years on a government salary?

Somehow this vicious control chain of Human Compromise must be exposed and broken, I’m sure you can come up with some workable solutions and one will probably require a truth commission with immunity and mercy granted to those that come forth. Unless this mass iron grip of Human Compromise is broken, the Cabal cannot be gelded back and displaced by populism.

If We The People do not take their government back, in due time a new type of fascism will be imposed as the Secret Space War folks disclose the truth about Alien ETs, anti-gravity craft and Zero Point energy. This new type of fascism that will then be imposed will displace the Cabal anyway, but this is a far cry from the freedom most Americans want and what the US Constitution and its Bill of Rights specify.

Keep up the important work you are doing Robert. Nobody else has ever proposed such a common sense plan as #UNRIG before you and the time is right for you to nurture a larger endeavor to restore integrity to how we elect and how we govern America the Beautiful.

ROBERT STEELE: While I get hundreds of emails encouraging me to carry on in the face of being ignored by Donald Trump, attacked by the Zionists, and sabotaged by the Central Intelligence Agency — my beloved CIA that is clueless about what they are missing if I am able to both create an Open Source Agency while eliminating 70% of all the other secret agencies, putting the 30% of each that we salvage into a revitalized CIA (a new directorate for each elimiinated agency) — the write up above is spectacularly timely and trenchant. Very very few people understand the depth, breadth, implementability, and sustainability of my vision rooted in People Not Parties and — with a tip of the hat to co-creator Cynthia McKinney — Authenticity, Inclusiveness, and Truthfulness.  The author of the above message is one of perhaps twelve people that “get” me and my patriotic commitment at every level of analysis.

This may be a good time to share my snapshot of where I will be going in the next year on the non-profit and commercial fronts. My political plans will be announced in January 2020.

EIN is a 501c3 chartered in the  Commonwealth of Virginia whose purpose is civic education with respect to Open Source Intelligence (OSINT) fundamental to informed civic participation and honest evidence-based governance; election reform to engage the 70% now disenfranchised by existing controlled process; and pedophilia including murderous pedophilia, which is  the Achilles heel of the elite and helpful to shocking the public out of its passive state.

Open Source Everything, Inc. (OSE) Purpose of the Organization

OSE is a C Corp with a preliminary offering of 25,000 shares chartered in the Commonwealth of Virginia whose purpose is to educate the public on how to create a post-Western economy (now 50% waste and 90% profit for the banks) using Open Source Everything Engineering (OSEE) to create a prosperous world at peace at 10-20% the cost of the existing model. OSE’s method will include non-investment charitable funding of Open Source Everything Innovation Centre’s at key universities, and investment funding of alternative C and B commerical innovators antithetical to the current system. An early emphasis will be placed on public communications and computing seeking to displace the current social ecology that censors, manipulates, and digitally assassinates progressive and conservative voices challenging the official narrative. A major ongoing focus of OSE will be free energy combined with open source water desalination, starting in the drought-ridden western USA.

OSE’s “playing field” is shown in the fourth graphic below, OSEE Circles, and its financial import in the fifth and sixth graphics Venn Diagram and Jakubowski Comparative Table. Open source monetization is complex and rooted in true cost economics — eliminating the 50% waste and 90% profit for the banks — while providing massive employment opportunities in a localized distributed architecture that favors families and communities and self-contained ecologies of economic sustainability combined with social cohesion.