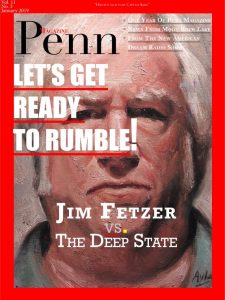 On 27 November 2018, the Minneapolis law firm, Meshbesher and Spence, Ltd., filed a suit against me on behalf of its client, Plaintiff Leonard Pozner, for defamation and I was properly served on 29 November 2018. Under Wisconsin law, a Defendant has 45 days to submit a response, which would make it imperative that I reply by 11 January 2019, with either an ANSWER or a MOTION TO DISMISS. I filed an ANSWER rather than a MOTION TO DISMISS early on 4 January 2019 because I do not want the case to be dismissed. I want to have a formal, legal resolution.

ROBERT STEELE:  I published the collected memoranda on Sandy Hook because I believe Sandy Hook was a false flag operation officially sponsored by the US Government. I believe Leonard Pozner to be operating under a false name and believe that he should be fingerprinted and traces run but in such a way as to bypass the national security warrant system  that falsifies results.  Below is what went to the President of the United States, the Secretary of Homeland Security, and the Attorney General. I stand with James Fetzer against Leonard Pozner, whom I consider to be a fabricator engaged in the obstruction of justice. Let justice be done. This will not end well for the Zionists who are a parasite within our Republic nor will it end well for employees of the US Government who are in constant betrayal of their oath to defend the US Constitution against all enemies domestic as well as foreign.