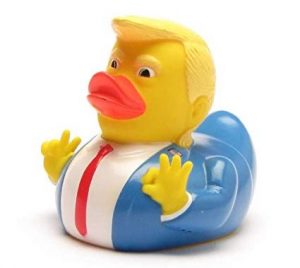 According to The New York Times, Ms. Haspel showed pictures the British government had supplied her of young children hospitalized after being sickened by the Novichok nerve agent that poisoned the Skripals. She then showed a photograph of ducks that British officials said were inadvertently killed by the sloppy work of the Russian operatives.”

If you’re late joining the party, and don’t understand what is so extraordinary about this, let me spell it out plainly and unambiguously:

Firstly, there were no dead ducks as a result of poisoning. None. Zilch. Nada!

Secondly, there were no children sickened by nerve agent. None. Zilch. Nada!

ROBERT STEELE: The British have been lying to the Americans for centuries. I cannot find the reference this minute, but I clearly recollect one documented acccount of how the British lied to FDR during one of his visits to London, presenting to him a man they claimed had just returned from behind enemy lines when in fact he had been in the office his entire career. They fed our President a line of crap and he bought it.  This continues to this day, with people like Gina Haspel as the often unwitting intermediaries.  CIA does not do enough “due diligence” and is too often complicit in lying to the President — as Morton Halperin wrote so famously, Rule One in Washington is “Lie to the President if you can get away with it.” Trump is surrounded by liars — never mind his own liberties with reality.  He is our President and that is a fact. He merits the truth at all times. Zionist Israel is famous for its “talking rocks” that feed NSA with geospatially-accurate false signals including the now notorious alleged Syrian Army officer calling over the radio in the clear “send us more sarin gas.”  I do not make this shit up. The lack of professionalism across the upper ranks of the US secret intelligence community cannot be over-stated.

In passing, it merits comment that it was Israel and the British (not to be confused with their vassal states in the United Kingdom) that interfered in the US election, not Russia or China or Iran or anyone else.  The US secret intelligence community has failed the President and the public in every possible manner, with impunity, with malice, and without regret.