Ron Paul: “Many Americans Justifiably Fear Their Own Government”

Authored by Adam Dick via The Ron Paul Institute for Peace & Prosperity,

In a Friday editorial at the American Conservative, James Bovard examines a multitude of reasons why Americans rationally fear having an interaction with a cop. At the root, explains, Bovard, there are too many laws providing reasons for police to exercise force and too few restraints on when and how that force may be exercised.

ROBERT STEELE: The public is confused. As with most organizations, law enforcement is 90% good people trapped in a bad system, and most of the bad stuff is done by a rogue 10%, most often those trained by the Zionists to see us as “cockroaches.” There is however no excuse for dis-respecting law enforcement as Star Bucks did, when one of its pussy customers who never grew up was “triggered” by the presence of six officers seeking a coffee — better coffee than what was traditional in the 1960’s, straight up booze. This is a MAJOR cultural and constitutional issue.  The leadership of law enforcement today is largely oblivious if not completely stupid — they should be spending every waking moment addressing the lies about law enforcement being told by leftist professors who teach utter crap across our entire university system, and profiteering non-profits like the ACLU that have become agents of a foreign power rather than genuinely constitutional civic advocacy groups. The below story causes me to disrespect Starbucks — like Nike, Starbucks “leaders” have  their heads completely up their ass and are a disgrace to all of us. 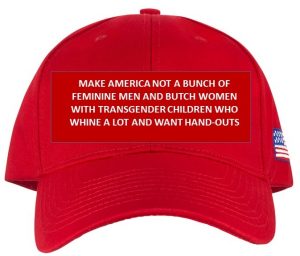