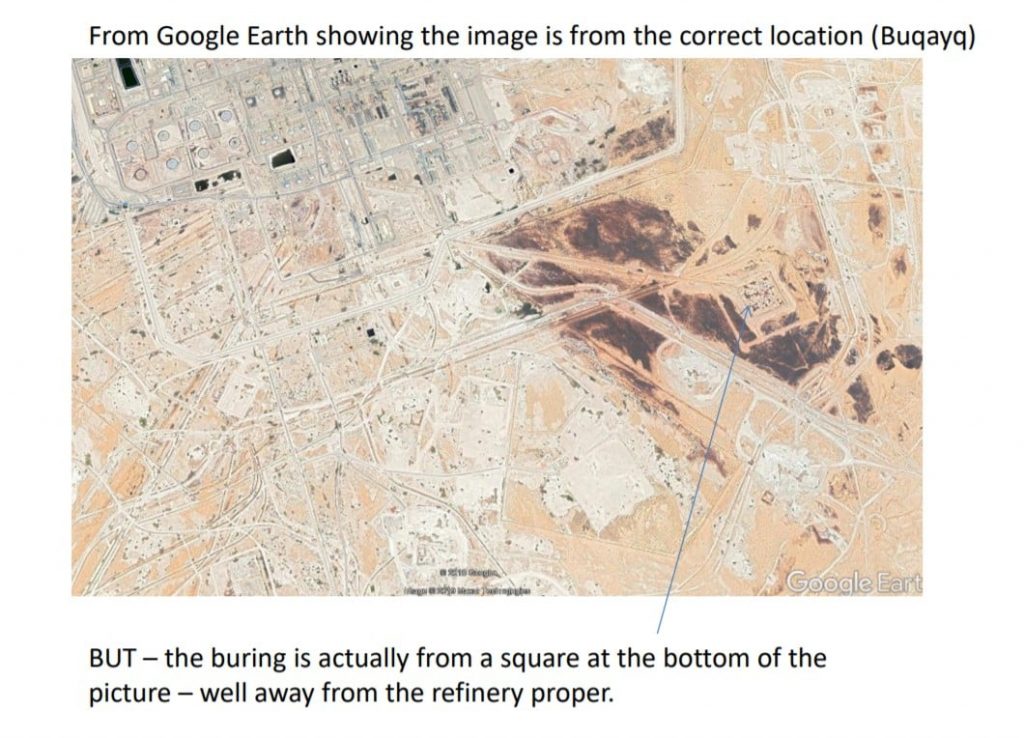 Phi Beta Iota: Multiple parties including Israel and Goldman Sachs have much to gain from FAKING an attack that manipulates the oil markets, where Goldman Sachs has consistently bet wrong on oil futures. The Saudis have less to gain but a case could be made for this being part of a larger deal. This could particularly be aimed at preventing President Trump from meeting President Rouhani in NY today, a prospect that TERRIFIES the criminal genocidal apartheid state of Israel, particularly is there are NO WITNESSES.