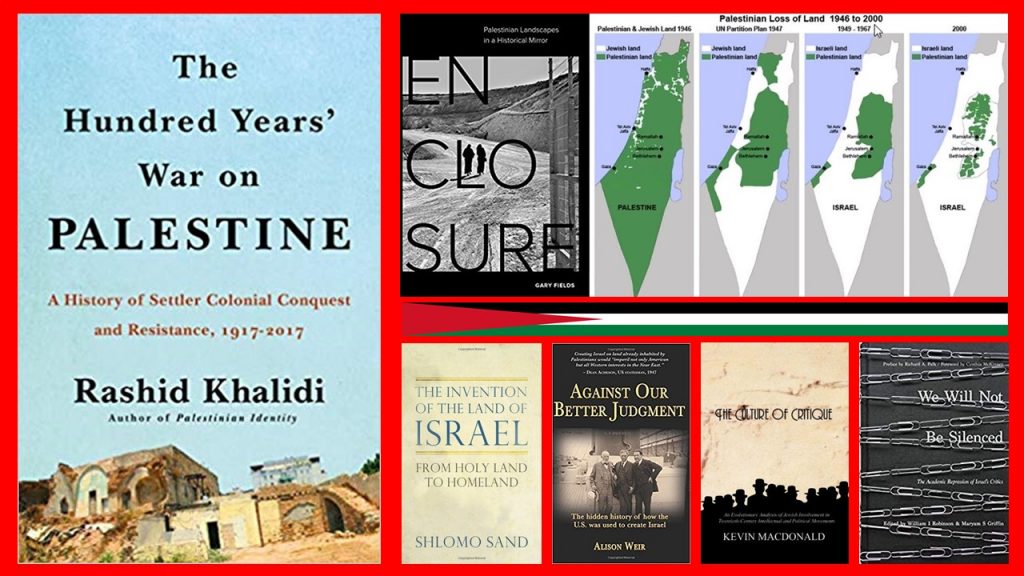 This book by Rashid Khalidi, The Hundred Years’ War on Palestine (Metropolitan Books, 2020), joins my short list of essential readings on Palestine, all of which support my conclusion that Palestine will be restored to the Palestinians, and the invented apartheid genocidal state of Israel (and Zionism) eliminated, within the decade.

The other books by way of context are

Unlike the authors of the books above, the author is uniquely connected to and representative of the Palestinian people, has known the leaders and lived the pain, and provides in essence an “inside Palestine” perspective.

The core of the book for me is toward the end when the author identifies the struggle between Zionist Israel (not to be confused with Judaism or Jews resident in Palestine) and the Palestinians as an existential struggle.  As he puts it, as long as the Palestinians exist, Zionist Israel does not exist as anything other than an occupying power.

The book covers six periods of outright war on the Palestinian people by the Zionists, who would never have succeeded without the perfidy of the British and the Americans, combined with Arab indifference and the failure of the Palestinians to rise up early on in the face of what the author’s own relatives understood was a genocidal intent.

I found the book very depressing, in part because it documents over and over again the degree to which the Zionists and their money (to which I would add and their blackmail (pedophilia entrapment by  the Zionists goes back over fifty years) have dominated the West, the Arabs, and the media.

The author discusses the failed expectations of the Palestinians in relation to both Iraq and Saudi Arabia, and barely mentions Iran.  It is as if he feels he cannot mention Iran, which has — alone among all nations — stood by the Palestinians with absolute integrity.

The book ends with a conclusion that the USA cannot be trusted and will not be a factor in the final solution (I use that term with deliberation), that China and India (he hardly mentions Russia) will be the great powers that could perhaps reset the balance. [China has created a Jewish Autonomous Zone in Manchuria adjacent to the Russian Jewish Autonomous Oblast, and the Zionists are known to be negotiating with India for their own zone there, while also striving to own newly-fascist Ukraine, the original Khazar homeland.]

While the author suggests that the Palestinians can gain an advantage by stressing the savage colonialism of the Zionists, the imbalance of power, and the blatant inequality,  I put this book down with some disappointment — this is not a book that ends with a bang as much as a whimper. It is a good and valued historical account, but it is not a call to arms — and that may be precisely as the author intended, or he might not be allowed back into Zionist-controlled Palestine pending the revolution.

WHEN — not if but WHEN — we achieve in the USA full disclosure of the Zionist role in planning and carrying out 9/11, and we achieve full disclosure of the fifty Zionist pedophilia blackmail networks, THEN all Jews will renounce Zionism and condemn organizations that are agents of this foreign Russian-criminal genocidal foreign power, such as the The American Israel Public Affairs Committee (AIPAC) and the Anti-Defamation League (ADL).

Peace in the Middle East, and the restoration of Palestine, are inevitable. The 100 year war is ending.