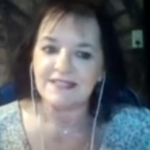 My message to President Trump and all the American citizens,

From a distance, you don’t seem to realize the importance of a President such as Mr. Donald Trump, for the entire world, not only for the USA.

The USA is built on people from all over the planet and especially Europe, who had the courage and the skills to find a place on earth where they could be free, realize their dreams and develop their creative ideas to make the world a better place.

You don’t seem to realize that the U.S. is the beating heart of the world. Almost all inventions, creations, prosperity come from the American people. And yet, since several decades, the American people are despised over that same planet. How is this possible? How comes everybody is using the inventions of the U.S. but being anti-America?

What do you think it is? How do people or creatures destroy others in a hidden, underground and cowardly way? By gossiping, manipulating, lying, deceiving, blackmailing, corrupting, spreading rumors, selling their false agenda under another name: “For the good of the people, it’s for your best, we are the specialists and know better for you, we will make you depending on us with YOUR money, and we will control you in every aspect of your life. God has been replaced by US … “

That is what is going on. Ask yourself WHY? What did we do wrong to be so hated over that wonderful planet of ours? We only wanted the best for everybody on it.

Let me tell you this, Mr. President, all people of the U.S.

You all have been hijacked by creatures that fundamentally hate people, children, prosperity, beautiful things, safety for others, Light, knowledge, creativity, bravery, independency, … LIFE.

Some say that is because they have particular ‘bloodlines’, others say they are Aliens from somewhere in space.

I’ll tell you, I don’t think this is true. They are human species born as babies but already with a backpack of tremendous burden before they saw daylight. Education and humanity starts 20 years before birth. That is true.

There are two types of psychopaths. The ones that have been destroyed by violence, confusion, rape, hate, … in short: by lack of Love. The others are even more dangerous: they had a life of too much of ‘love’. They were never wrong. It were and are always the others that are wrong. They are overprotected by one or both parents. They never had to take responsibilities for their actions. Prognoses for treatment for those ones are very, very bad.

Most of those creatures are born with the burden of hate. Already in uterus this hate is developed. Their lives start with the feeling they are not wanted, not loved, not been cared for, not been kept safe, nobody there for them, no help, …

They feel left to their own, but so were their parents and their grandparents and so on. Some people say: “they are bad seeds”. In a way they are.

Before they were born, they already had been hijacked from God by something else, named Satan. They had the light in them, but it has been darkened day by day until all Light was gone.

A little like in a relationship where things go wrong: “If she is not mine, then she will be nobody’s” and he kills her.

That in summary is going on. Those evil creatures started to find each other and in their hate, it was not difficult to reinforce, strengthen, intensify and consolidate their intense rage towards happy and stable people. Their emptiness is consuming them bit by bit.  And they need more and more evil to fill in those empty feelings.

But mind you: Rage is transformed Grief.

Grief is a very difficult feeling to deal with. When we grief for losing a loved-one, we can only undergo and suffer in pain for a long time. It is a passive feeling.

But some are able to transform grief into rage. Rage is an active feeling. You can do something with it. You can lash out, yell, hit people, destroy things, kill others, torture the most vulnerable, while all the way having a feeling of ‘relief’. That relief doesn’t last. So you have to do it over and over again to not feel your own pain.

That is what they are doing.

When we want to stop this evil, when we want to get our planet a safe and wonderful place again, we need to separate those deeply hurt and destroyed creatures from our society. We have no other choice. Many can be saved, but others have to be removed forever.

And acting in a drastically way, needs understanding the ‘why’s’.

On a personal level, I want to make clear that I love all Americans. I love their courage, their spirituality, their creativity, their logical way of thinking, their straightness, their uncompromised strength to talk about God… so many things. If I am where I am now, with all the knowledge I gathered throughout life, it is thanks to the American people. I studied in the U.S. and I know this is my homeland. I hope to be one of yours one day. To help you fight on the frontline to get your country and your identity back. When this succeeds, the whole world will be saved.

I love the American President for the tremendous courage he, his family and his teams have to safe this planet from the even more tremendous evil that is consuming our beautiful world.

We’ll take our world back!

Review: Child Hunters – Requiem of a Childkiller by Carine Hutsebaut