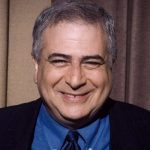 Will the Dam Break After Clinesmith’s Plea?

Clinesmith’s plea deal matters mostly because it sheds light on Durham’s broader investigation and the malfeasance he’s uncovering. To see that, let’s focus on the “bullet points,” which leave a bloody trail to larger crimes.

ROBERT STEELE: Professor Charles Lipson is the Peter B. Ritzma Professor of Political Science Emeritus at the University of Chicago, where he founded the Program on International Politics, Economics, and Security. He is a man of intelligence, integrity, and imagination, which cannot be said about most broke-dick academics today. Bill Binney and I were among the first to call out the  Russian Witchhunt for what it was and it is my hope that U.S. Attorney John Durham and Attorney General William Barr are about to purge — with extreme prejudice — the upper ranks of every institution in the USA that has betrayed the public interest.

Robert Steele: Gold War Against Russia and 9/11 Complicity? — Another Reason to Hang John Brennan (and Buzzy Krongard) After Due Process of Law . . .