The year 2016 brought BREXIT and the Trump election. Socrates was then forecasting that the 2020 presidential election would be the most corrupt and violent in American history. That forecast appears to be on point. This new advertisement supporting Trump by an external group is very telling. Socrates has also shown that this COVID-19 pandemic has been manufactured and by no means has the entire society ever been locked down in a quarantine of this magnitude.

ROBERT STEELE:  The opposite of Black Swans are White Swans.  It has been my good fortune to be in touch with a number of people — both on the edges in terms of seers and closer in doing lawsuits against Wall Street crime — and I know for a fact that President Trump has immediate access to $100 trillion in civil and criminal forfeiture of tangible assets acquired with illicit wealth, with another $100 trillion from money laundering also on call. The Deep State — I am the one who brought that term into the Alternative Media (Peter Dale Scott introduced it in translation from Turkish in one of his early books) — cannot withstand the combination of Donald Trump, NSA data properly processed, and Army Rangers with fixed bayonets — there is no place to run for the principals of Goldman Sachs, BIS, IMF, and other instruments of the Deep State. Add to that the totality of what we have on the elites for pedophilia and related torture and murder, and it is game over. That is what Socrates and the brilliant Martin Armstrong are not calculating. 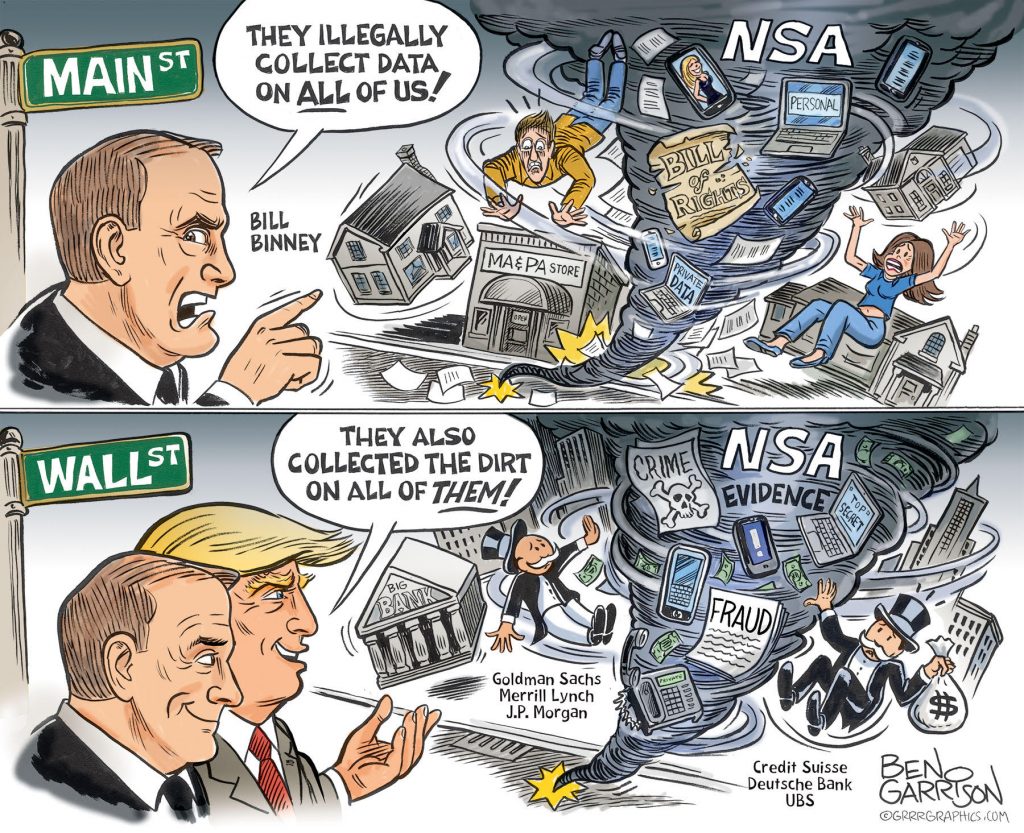