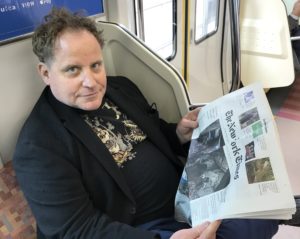 ROBERT STEELE: I continue to regard my subscription to Ben Fulford’s weekly update as priceless. Best $11 a month I could spend.

If I was a member of the group of would-be God-Kings of Planet Earth in Davos right now I would be scared, very scared.  That is because their long and meticulously planned use of a manufactured pandemic to start a Totalitarian World Government is imploding.  Instead, they are about to face a War Crimes Tribunal that will make Nuremberg look like a kindergarten slap on the wrist.

These people have been trying very hard to kill a majority of the world’s population for decades now and have already killed far more people than Adolf Hitler ever did.  They have now lost control of most of the world’s military power.  This can be seen by the fact the people running the Joe Biden avatar “government” were denied entry into the Pentagon and now plan to run to NATO headquarters to seek protection.  Protection that NATO cannot provide because nobody is willing to use nuclear weapons on their behalf, Pentagon, Russian FSB, French and British military sources say. https://thecommonsenseshow.com/agenda-21-conspiracy-economics/several-world-leaders-including-putin-and-netanyahu-want-biden-gone-and-trump-appears-be-part-plot

They are also losing their grip on the global media and financial control grid.  So, when the sleepwalking portion of the public wakes up to the cabal’s horrific crimes, they won’t be in a forgiving mood.

Here from a 1981 book by Bilderberger Jacques Attalli is an example of their mindset:

“The future will be about finding a way to reduce the population…Of course, we will not be able to execute people or build camps.  We get rid of them by making them believe it is for their own good…We will find or cause something, a pandemic targeting certain people, a real economic crisis or not, a virus affecting the old or the elderly, it doesn’t matter, the weak and the fearful will succumb to it.  The stupid will believe in it and ask to be treated.  We will have taken care of having panned the treatment, a treatment that will be the solution.  The selection of idiots will therefore be done by itself: they will go to the slaughterhouse alone.”

Now we have a news anchor confirming this plan with a Freudian slip where he says “almost four months into the vaccination effort providers are beginning to run out of people who want to be euthanized.” http://82.221.129.208/euthanized.mp4