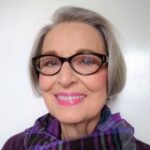 Part 13
The Bill and Melinda Gates Foundation is a tax-exempt 501(c)(3) non-profit organization. This means that U.S. taxpayers are paying for all of their projects. It is estimated that because of this exemption, Bill Gates has avoided $15-20 billion in taxes.

Gates is one of eight individuals who are richer than half of the world’s poorest people and whose wealth has doubled or tripled during the COVID crisis. He provides funding for several mainstream media companies as well as governments, institutions, scientific journals and even fact-checking groups. Little wonder that they all parrot the same narrative and do not report on any of his disastrous projects in third world countries or the growing number of deaths and adverse events occurring in those who have taken the experimental COVID vaccine. When his former doctor revealed that Gates refused to have his own children vaccinated, the “fact-checkers” were quick to debunk the story.