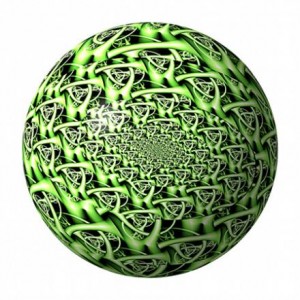 Now that the Evolver network and brand have established themselves to a certain extent, I want to look ahead to developments I hope to see in the near future, with this organization and other initiatives. For the next phase of development, I propose the term “business shamanism.” “Corporate alchemy” would be a viable alternative.

We tend to forget that Roosevelt’s New Deal was not a good-hearted gift to the working classes but a compromise to stave off mass uprising. The current oligarchy has determined that it will make no such deal this time around. I suspect they assume that the pulverizing of the populace with mind-numbing media, psychotropic drugs, police state tactics, and poison food had the desired effect. And they may be right.

Phi Beta Iota: Below the line are excerpts.  Click on the title to read the entire rant.  The author is educated and thoughtful, his rant is provoking and worth studying.

The contradictions of a society professing the ideals of freedom and equality while dependent on slavery and domination of man and nature are now reaching a final limit, an exciting impasse.

History shows that, when reform is impossible, revolution becomes inevitable.

To bring about a peaceful and humane alternative would require courage, cunning, organization, and discipline.

The same level of analytical objectivity that the current ruling elite uses to maintain their power and privilege would have to be brought to bear on defining, developing, and mass-distributing the alternative. [Emphasis added.]

We find ourselves in an extraordinary moment when our media and culture are up for grabs. The myths of modernity and postmodernity have melted away, but there is nothing ready yet to replace them.Therefore most people are lost, confused, and have no idea what to do. They need direction from somewhere. Our society needs a new kind of leadership.

Terence McKenna noted, “Culture is your operating system.” We have reached a threshold where an inspired movement of people can change that operating system, if they so choose. For this to happen, the movement first needs to establish unity behind a certain set of goals and ideals. [Emphasis added.]

What people still care about — what they will care about more and more, and be willing to pay for — is direct, unmediated experiences that are participatory and authentic, opportunities to gain knowledge that has real value to them (without needing a degree attached to it), and tools that improve their quality of life. They will also look for trusted resources to help them sift and sort through the avalanche of truth, fact, infotainment, and disinformation.

Because they are locked in bureaucratic and hierarchical structures, established corporations will not be able to change their practices tor fulfill the new needs and opportunities now emerging. Older corporations will find it harder to succeed because, in an increasingly tangible sense, trust is going to become the most important new form of”currency,” the most valuable commodity, available to us. In a time of rampant corruption, trust is most scarce, and therefore most precious. For the most part, corporations are not in any position to build trust. Also the type of exchanges that build a regenerative culture will be different — in a sense, the polar opposite — from those that support the throw-away culture of maximum waste and “designed for the dump.” [Emphasis added.]

What I call “business shamanism” is the repurposing of the tools and instruments of the corporate culture and the mainstream economy to bring about social change, archaic revival, planetary regeneration, deeper initiation.

The next surprising yet logical phase in this dance is for the opposition to define the desired alternative, co-opt the propaganda tools and financial instruments of the dominant culture, and redirect or reverse the momentum of the system as a whole.