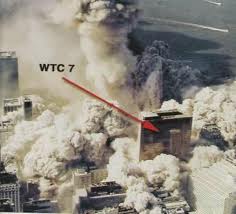 Nearly a decade has passed since Sept. 11, 2001, and many still vividly remember the fateful day when about 3,000 Americans lost their lives.

However, some are demanding a new explanation for the disaster.

A new registered student organization, 9/11 Truth, has been formed at Central Michigan University in an attempt to raise awareness of the physically unique collapses of the World Trade Center towers. The group follows the views of the Architects and Engineers for 9/11 Truth, a group of more than 1,400 architects and engineers who have signed a petition demanding a federal investigation to re-explore the nature of the collapses.

Waterford junior Jared Weston formed the group after spending years conducting his own research on the 9/11 skyscraper collapses. Weston believes one of the most peculiar happenings on Sept. 11, 2001 was the collapse of 7 World Trade Center, which was not struck by a plane.

“What motivated me was the failure of the 9/11 Commission report to adequately address the collapse of building seven,” Weston said. “No steel high rises have ever collapsed from fire in the history of steel high rises, yet we have three instances all on the same day.”