Naïve, young college student or disloyal American ready to spy for the People’s Republic of China (PRC)?  Glenn Duffie Shriver, aka Du Fei, was a student at Grand Valley State University (GVSU) in 2001 when he decided to attend a study abroad program known as “China Summer School” in Shanghai, China.  He enjoyed his time in this country so much, he spent his junior year studying at East China Normal University in Shanghai, where he developed a strong interest in Chinese culture and became proficient speaking Mandarin Chinese.  After graduating from GVSU in 2004 with a degree in International Relations, Shriver returned to Shanghai to continue his language studies and to seek employment.  Desperate for money, he responded to an advertisement to write a political paper on U.S.-China relations regarding North Korea and Taiwan.  He met with his contact, Amanda, several times and was paid $120 for his paper.  Amanda praised Shriver for his work, offered to introduce him to friends of hers by the name of Mr. Wu and Mr. Tang, and encouraged him to build a close relationship with them. 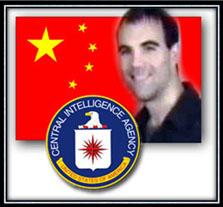 Shriver has admitted that he realized his new “friends” were PRC intelligence officers, and that he understood when they asked him to apply for positions in the U.S. government or law enforcement that they were expressly interested in classified material.

So in April 2005, Shriver applied for a job as a foreign service officer for the U.S. State Department as suggested by his “friends.” He took the Foreign Service Exam in Shanghai, and although he did not pass, PRC intelligence officers paid him $10,000 for his efforts and his “friendship.”  One year later, Shriver made a second attempt at passing the Foreign Service Exam, but again failed.  However, this attempt earned him a shocking $20,000.

Phi Beta Iota:  One wonders why he was not doubled back, since US clandestine efforts in China are virtually non-existent.  This is interesting at multiple levels.  With 22.4% unemployment in the USA (not the false statistic the government offers of under 9%) and with both young graduates and senior professionals at closer to 40% unemployment, the question has to be asked: what part of our failure to provide for the general welfare, as called for in the preamble to the US Constitution, combined with the complete lack of civic duty instruction and practice across 24 years of study, can be blamed for this young man’s vulnerability?