Note that in addition to propping up Quisling centers at expense of the tribal periphery, we  will be fanning the fires of the sectarian warfare and killing gobs of innocents with more signature strikes (note dependency on “technical collection”).

By PHILIP GIRALDI, American Conservative, May 1, 2013

Media reports of CIA preparations to use drones to target al-Qaeda-linked rebels in Syria, should the post-Assad situation warrant such an intervention, are only party correct. The plan to use drones under certain circumstances is in reality part of the much larger CIA program in Iraq that parallels the program being set up in Afghanistan. CIA initiatives in both countries are related to what is being mandated by the National Security Council as a policy of “regime survival” to help keep in place governments that are at least nominally friendly to Washington and that will be dependent on American technology and intelligence resources for the foreseeable future to maintain their own security. The CIA will bear the brunt of the two operations, as it can do so without a highly visible military footprint. In Iraq it includes, among other elements, the continued training of something akin to an elite counter-terrorism Praetorian Guard to protect senior officials while also advancing efforts against a growing Salafist presence in the country, linked to resurgent Sunni terrorism that is attempting to weaken the government of Nouri al-Maliki. The Obama administration is hoping to develop a level of cooperation with the Iraqi government that will enable the identification of extremist elements, some of which are taking the opportunity to transit into Syria. They are a threat to what are perceived to be the long-term interests of America and Iraq’s Shia government. Those who are identified as al-Qaeda-linked militants could become drone targets in Syria, if the situation in that country deteriorates. 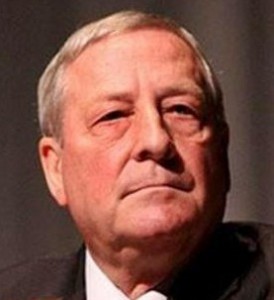 The program would be similar to one adopted in Afghanistan that has reportedly led to a majority of the adult male population being recorded using biometric identifiers, enabling the U.S. military and CIA to track and identify suspected militants through technologies that are still top secret. The U.S. concern is that western Iraq and Syria, which are now both part of a linked insurgency, could easily become a center of jihadi activity, so an intensive effort is underway first to identify and then separate the hard-core elements from the less radicalized spear-carriers before the situation metastasizes after the expected fall of Assad. As is often the case in volatile situations, the CIA does not have a good handle on who the players are and what their motivations might be, in spite of having had a large presence in Iraq since 2003.  It is having trouble identifying the “friendlies.” The Agency particularly lacks good connections in the Sunni region and is largely reliant on technical collection of information rather than spies who could provide context for the intelligence coming in. The numbers being suggested in Washington regarding the size of the cross-border insurgency alleged to be affiliated with either al-Qaeda or its Iraqi affiliate al-Nusra are unreliable, as they tend to come from liaison with Iraqi intelligence and can include anyone who is adult, male, and Sunni and is regarded as resisting the Shia government of al-Awlaki. This is not unlike the questionable estimates made of Taliban strength in Afghanistan.

Philip Giraldi, a former CIA officer, is executive director of the Council for the National Interest.

2012 Robert Steele: Reflections on the US Military — Redirection Essential — and a Prerequisite to Creating a 450-Ship Navy, a Long-Haul Air Force, and an Air-Liftable Army + Sanity RECAP

Owl: Confirmation of John Brennan at CIA Equals Congressional Approval of Open Season on “So-Called Americans” — Without Due Process, At Home or Abroad — And Thousands More Extrajudicial Killings of Foreigners

Winslow Wheeler: Will Chuck Hagel Stand Up to Drone Lobby?