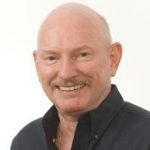 He was one of the most respected intelligence officers of his generation. Now he’s Donald Trump’s national security alter ego, goading a crowd to lock Hillary Clinton up. What happened?

Inside military and intelligence circles it was understood that McChrystal, along with another ousted former general, David Petraeus, were the preeminent generals and wartime field commanders of their generation of officers, and the manner of their dismissal struck many as insulting. As did the treatment of Lt. Gen. Mike Flynn.   . . .

During the course of those interrogations and hundreds of others in both Iraq and Afghanistan, Flynn concluded that what united the terrorist warlords was a common ideology, specifically the extremely conservative and fundamentalist Salafi strain of Islam.   . . .

Flynn concluded that U.S. and allied forces were overly focused on killing terrorists and insurgents. He published his findings publicly in a think tank report without clearing it with his superiors, revealing a deep maverick streak. In that report, Flynn and his co-author concluded that “eight years into the war in Afghanistan, the U.S. intelligence community is only marginally relevant to the overall strategy. Having focused the overwhelming majority of its collection efforts and analytical brain-power on insurgent groups, the vast intelligence apparatus is unable to answer fundamental questions about the environment in which U.S. and allied forces operate.”   . . .

“I read the Presidential Daily Briefs and the minutes of the National Security Council’s deputies meetings, and it was very, very clear to me that reporting on the terrorism threat that came up the intelligence community’s chain of command was very different from what was being presented at the top levels of government,” Flynn told me. “That intelligence made it very clear that Al Qaeda and its affiliates were not on the run, but were in fact rapidly expanding. The number of terrorist attacks were on the rise, and Iraq was starting to burn again. So that was Obama’s big lie—that the enemy was on the run, and we were beating these guys.”

Phi Beta Iota: The system is rigged at all levels on all fronts. Everything is broken for lack of intelligence with integrity. Only a fundamental restoration of integrity to our electoral system (which is rigged, the DHS-DNI press release has multiple errors of fact) will lead us back to evidence-based decision-making in the public interest. We cannot fix the military or the intelligence system or the government without first fixing how we elect our representatives.