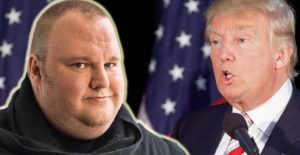 Kim Dotcom: “Trump is in Danger”

“The White House leaks are coming from a rogue group within the CIA. They want to stop the Trump presidency. This is NOT speculation,” he also tweeted, adding, “Rogue group of Obama loyalists at CIA used powerful cyber warfare tools illegally to spy on Trump & fabricated Russia narrative. BIG DANGER!”

A coalition of forces – ranging from failed Democrats to paid protesters to pro-Democrat media to “deep state” anti-Trump government lifers – is aiming to do much more than “de-legitimize” President Trump and halt his agenda, according to Fox News guest Monica Crowley. “What I hope that the president and his senior aides understand is that these forces are not just looking to de-legitimize him …  They want to personally destroy him, destroy his presidency, and they would like to see the man in prison.”

Inside Donald Trump’s War Against the State

One final note: while counterintelligence remains one of the four survival moves in the original Memorandum, we are now at a point where the President needs to closed down NSA — dissolve it as an agency — and suspend CIA — all employees to be ordered home on leave with pay pending a 30 day counterintelligence investigation with the NSA White Hats, led by William Binney, rendering absolute support to the FBI. I would bring IC Smith up from Arkansas to lead the presidential counterintelligence investigation of the rogue elements at CIA and elsewhere across the US Government.  We have them all in the data bases — its just been that NSA is part of  the Deep State and does not support the FBI, which is itself rendered helpless by design. Below features William Binney, whom I am proud to know and consider a vital leader who can help the President restore integrity as well as utility to US intelligence.

Former NSA Whistleblower: “Trump Is Absolutely Right, Everything Was Being Monitored”

IF Bannon calls me today, IF Trump sees me before he leaves (or takes me with him for the week-end) THEN I can draft a speech that starts

“The system is rigged, the Deep State is threatening all that we hold dear, and you and I, together, are going to unrig the system and bury the Deep State.”