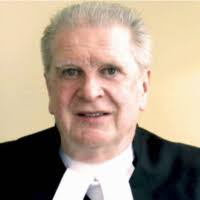 Defamation and the Deep State

Before talking about defamation and the concerns raised by some members I would like to clarify how the evidence of witnesses and the submissions from witnesses and others will be presented in the Final Report (and any intermediate reports). It is understood by the Justices and the Commissioners that persons coming forward will consist of those who have been the subject of kidnapping, rape, torture and other barbaric paedophilia practices, and who wish their full story to be told to the world including their identities and who are willing or have already given affidavits. There will be others who want the story told but their identities repressed. Others may just wish to put forward a submission on suggestions and recommendations. All will be catered for.

The Judicial Commission received evidence and submissions during its Hearings at Westminster, London, at Washington, United States, at the Hague, Netherlands, and Rome, Italy. These totalled one thousand two hundred and fifteen. Of these seven hundred and thirty two completed affidavits which are on file and whose identities are disclosed by consent. Three hundred and ninety five gave evidence that they feared for their lives so these names will not be disclosed but the factual material given by these victims is available for reading. There were eighty eight formal submissions submitted and these are available for inspection and form part of the Final Report. We commend the courage and bravery of all those who came forward. The Commission and the people of the world salute you.

Now on to Defamation

Much is sometimes made of this.

Anyone can sue anyone else for defamation, whether spoken slander or written libel.

But there is a catch in issuing defamation proceedings in that there is a defence: whether it is truth, privilege, or qualified privilege, amongst other defences. The catch is that the defamation is repeated in the issuing proceedings and often in the defence, both of which are public documents. This is a risk known to potential plaintiffs who are wary of the matter being aired in open and public court. As an example there is the well known case of the newspaper proprietor who defamed the then Prime Minister of Australia in his newspaper. The government lawyers went to work and issued defamation proceedings which necessitated repeating the defamatory comments in the writ. The newspaper proprietor then gleefully reprinted the writ with the offending libelous defamation on the very front page of the next issue of the newspaper. The newspaper was sold out in record numbers to the public. The writ was then withdrawn by the government lawyers. Another case, there is a courageous journalist in Sydney Australia who on his internet blog has repeatedly named paedophile judges. Not one of them has sued for defamation as to do so means alerting the world as well as the court that the judge in question may well be a paedophile. Recently one of the judges sent the journalist to prison for alleged contempt. The journalist spent a reasonably comfortable month in prison (convicted prisoners and prison warders alike hate paedophiles). Once out of prison the journalist named more paedophiles.
None dare sue him.

Now this is not to say that victims of rape and torture who tell their story are completely safe — or completely accurate. They suffer from fragmented minds and great care must be taken in both collecting and validating testimony. We must keep them safe, and we must ensure the viability of their charges against specific individuals and institutions.

Paedophiles have been known to kill their victims. The only prevention of this is to ensure that these people are put away with long prison sentences. That is where public exposure and persistent demands on the government and law enforcement authorities can work best, The Final Report of the Judicial Commission of Inquiry into Human Trafficking and Child Sex Abuse is being sent to every Government in the World and to the United Nations as well as to Law Enforcement Authorities.

We are demanding action on behalf of the victims and we will keep demanding as will the public that firm action is taken. Robert Steele says that paedophilia is both the glue that holds the Deep State together, and its Achilles’ heel. Once this fact is fully exposed and action demanded by the public the Deep State will fall apart. The paedophiles and the sexual predators will turn on each other and tear apart their to-date own protected species.

The time has come and it is now.