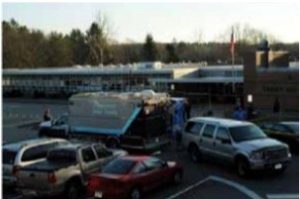 Allen William Powell: In Solidarity with Alex Jones—Connecticut State Police Behind the Scenes at Sandy Hook

The book amazon.com banned after having been on sale for less than a month and selling nearly 500 copies, Nobody Died at Sandy Hook (2015), includes two chapters of mine where I present 50 photographs of furnishing an empty house to serve as the Adam Lanza residence  and 50 photographs of refurbishing the school to serve as the stage for this elaborate fraud. What is most disconcerting is that they come from the files of the Connecticut State Police, who were running the show behind the scenes on behalf of FEMA and the Obama administration.

The photos are simply devastating. Exhibit 17 of Chapter 7, for example, shows “The Nancy Lanza Bedroom”, where Adam is alleged to have shot his mother with a .22 caliber rifle. There is some red stuff on the bed, but it looks more like raspberry jam than blood; beneath the leg is a blue moving pad, which, in their haste, they forgot to remove. Chapter 8, Exhibit 26, by itself proves the entire event was staged. We have a SWAT vehicle on the scene before the shooting has taken place, note that the string of four windows in Classroom 10 are undamaged. 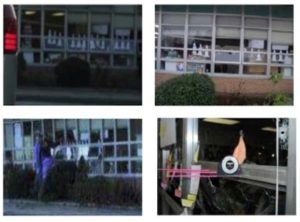 After the event, they would be shot out: compare top left with top right. We even have the perps studying the window frame to fake bullet holes, where the pink rods are all 90* to the window panes and parallel with one another.  We initially believed Exhibit 26 was taken the morning of the 14th, but we have now determined it was instead taken the evening of the 13th. Either way, it was taken before the shooting, where in the foreground you can see crime scene tape up before the crime has been committed. What could be more powerful proof of fraud? 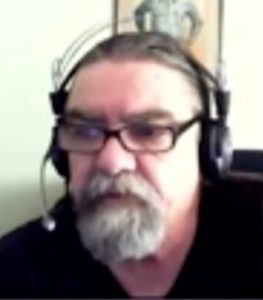 When Allan William Powell appeared on “The Real Deal Ep. #81: Explosive New Revelations about Sandy Hook”, it became apparent that one of the leading experts on this mischief in Connecticut resided half-way around the world in Canberra, Australia. He appeared in many other episodes.  His chapters are going to qualify as among the most brilliant studies published on Sandy Hook, which provide unexpected but decisive proof that this was a staged event.