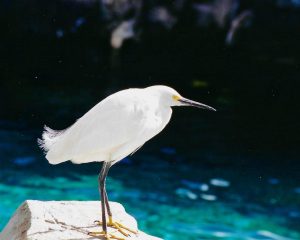 A loyal intelligent Jew speaks up against Zionism and Zionist sexual predators.

Photo of the predator, extracts, and comment below the fold.

America has been metaphorically raped. It has been abused, humiliated and pushed by its so called ‘greatest ally.’ Its LOBBY has pushed America to agree to actions that have put America’s national security at risk.

And now the story that PM Benjamin Netanyahu’s foreign media spokesman has allegedly operated as a serial sex predator in the American capital suggests that we may have transcended the ‘metaphorical’.  America is being literally abused.

Keyes denies any wrongdoing and called the accusations false. He announced yesterday that he was taking time off from his job at the Prime Minister’s Office in order to fight the allegations and clear his name.

But we have also learned that such accusations against Keyes were nothing new. The Time of Israel reports that there have been numerous complaints against Keyes. There is also news that Israel’s ambassador to the US was warned in 2016 by journalist Bret Stephens about Keyes’ allegedly inappropriate behaviour toward 14 women.

Stephens told the New York Times on Thursday of his warning to the Ambassador. According to the NYT report, Keyes was barred from visiting the Wall Street Journal’s offices because of his behaviour towards female staffers. Stephens also told the NYT he personally chided Keyes, calling him a “disgrace to men” and “a disgrace as a Jew.”

Phi Beta Iota: The Zionist culture of predation (sharply distinct from the Jewish culture) does share one sad aspect: Gentiles — Christian, Muslim, whatever — are considered non-human, and Gentile women — shiksas — are considered the equivalent of whores — they simply do not count and can be treated badly with impunity. Mr. Keyes, the top Zionist spokesperson in the world, appears to be a perfect representation of Zionist Israel.

The Big Lie: “Russian Propaganda.” The Bigger Lie: “The Truth is What We Say it is.”