The effort to arrest Meng Wanzhou started last summer apparently, and the warrant was issued on 22 August. Nobody bothered to tell Trump (intentionally perhaps) and he was unaware of it at the time of the G2-Summit in Argentina. The potential fallout can make sure that China becomes a real enemy (watch how retaliation plays out) and the DC crowd will have their “perfect storm”.

ROBERT STEELE: I absolutely believe this was a Deep State set-up, perhaps even a DoJ/FBI revenge strike at our President.  As I stated clearly in recent interviews, this was a virtual act of war. While I am told that General Secretary Xi Jinping and Presidents Trump and Putin have an agreement to not allow themselves to be backed into war, Trump blew this one on the backside — he should have immediately countermanded  the order and demanded that Deep State prat boy Trudeau (a Zionist-attentive similar to Jared Kushner and possibly with the same Satantic sodomy vulnerabilities) release her.

All signs point to Trump’s dementia combined with a shit staff slowing him down. He is not at his best. Nick Ayer’s refusal of the Chief of Staff job, which should never have been offered, is a clear signal that Mike Pence is delusional again, and thinks that Trump will fold (possible) and that Pence can be the nominee (pigs will fly first).

SPECIAL: Review: The Shadow President – The Truth About Mike Pence + Comment Trump Not Running in 2020

Robert Steele: Trump-Putin-Xi: Reflections on What Is Not Visible…

Robert Steele: Mr. President, the CIA Recording of bin Salman is a Fake — HOLD THE LINE! 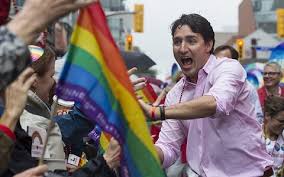 Smart people examining the Meng Wanzhou arrest have pointed out that apart from Trump being betrayed by people in the DOJ/FBI who set in motion this arrest without Presidential concurrence, this is also a “fuck you” from Pretty Boy (and probable gay) Justin Trudeau, who should have been consulted before such a high profile diplomatic arrest was made, and who is probably still feeling the pain from his last meeting with President Trump. 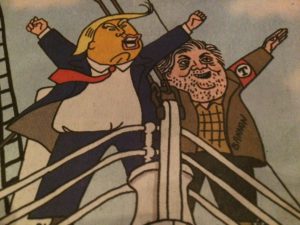 A confidant of the President has told me this was Bannon’s idea and Bannon’s way of poking the China he hates so much. If true, Steve Bannon just fucked Donald Trump and becomes the original fucker. For practical diplomatic purposes, both Xi and Trump should move forward on the assumption that this was a triple fuck not sanctioned by the President.

Pentagon sources say the arrest of Chinese conglomerate Huawei’s Chief Financial Officer Meng Wanzhou, “is aimed to to take down the Clintons and their treasonous ties to China back in the 1990s.” Chinese Freemasons previously admitted to this writer they had invested heavily in getting Hillary Clinton elected as US President because they had been promised a “United States of China,” including ASEAN, the Korean Peninsula and Japan.

Sabotage: The Deep State Has Destroyed Trump’s Chances Of A Trade Deal With China, And The Stock Market Is Tanking As A Result

Phi Beta Iota: This is the single best alternative explanation we have seen. Hats off to the author for clear thinking and seeing the common interests of General Secretary Xi and President Trump in this specific instance.