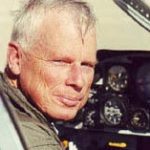 Toulouse, France – Airbus issued an AD (Airworthiness Directive) for a possible “Angle of Attack” issue that may affect the Airbus A320neos.

Rest of article and John Lear comment below the fold.

The directive dated July 31st followed the first AD issued on July 18 for a similar finding in the A321neos.

It was sent to Airbus and all A320neo operators, as both a warning and order.

The AD requires operators to update their Aircraft Flight Manuals and inform all flight crews about the issue. EASA stated that this was an interim precaution and further ADs may follow.

It seems every single-aisle jet from Airbus and Boeing has pitch problems. Fortunately, Airbus didn’t find out about it after deadly crashes like the rival Boeing.

But issues that each aircraft faces are significantly different.

According to the information retrieved from Airbus by the popular aviation news portal Simple Flying, there should be a combination of the four conditions for a possible failure with the A320neo, unlike the A321neos.

First, the gravity center of the aircraft must slip towards the back. And then the aircraft must in the process of a continuous deceleration. The plane must also be in the approach or landing phase. Finally, the pilots must perform a dynamic pitch-up maneuver.

Under these circumstances, the plane may face an unwanted pitch-up situation out of the defined limits in the aircraft’s manuals.

Unlike the 737 MAXs, the A320 neo allows pilots to manually intervene to stabilize the aircraft.

The MCAS anti-stall prevention system of the 737 MAXs, which was pointed out as the cause of both crashes in Indonesia and Ethiopia, is an automated system inhibiting human intervention during the excessive pitch-up situations.

Boeing has currently been working on a software update to prevent pilots to lose the control of the aircraft in case of false AOA (Angle of Attack) data from the sensors.

Unlike the 737 MAXs, the A320 neo allows pilots to manually intervene to stabilize the aircraft.

The MCAS anti-stall prevention system of the 737 MAXs, which was pointed out as the cause of both crashes in Indonesia and Ethiopia, is an automated system inhibiting human intervention during the excessive pitch-up situations.

“…is an automated system inhibiting human intervention during the excessive pitch-up situations?”

Are you kidding me?

This is BS. There is no, absolutely no automated system inhibiting human intervention in a Boeing 737MAX except for the BUA (Boeing Uninterruptable Autopilot). This is an outright lie and tells us how Boeing plans to extricate themselves from complicity in both Lion Air and Ethiopian Airlines crashes.

Boeing, having dishonestly stated “inhibiting human intervention” is now going to tell us that their “software update” is going to eliminate the “automated system inhibiting human intervention” and then they are going to tell us that somehow the MCAS which only affects control in the low airspeed regime has affected the high speed regime and given the “full nose down” command that was responsible for the Lion Air and Ethiopian Airline crashes.

Dishonest. But very clever. Go ahead. Ask any of your pilot friends if they ever heard of an “automated system inhibiting human intervention” in a Boeing or any other airliner. This subterfuge is going to help Boeing extricate themselves from their BUA disaster and billions of dollars in liability litigation.

This whole BUA mess is as dishonest and misleading as the FAA/Boeing contrived ‘center tank fuel pump spark’ that caused the TWA 800 crash July 17, 1996 which in reality was accidentally shot down by a U.S. Navy submarine operating off the coast of Long Island.

This is simply Boeings “Hat Trick” of the millennium.