The massive suit was brought before the US District Court for the District of Columbia on Tuesday. Filed by a group of Palestinians and Americans that includes activist Ahed Tamimi, the lawsuit’s defendants are a who’s-who of enablers of Israeli settlement of the West Bank, Gaza Strip and East Jerusalem. 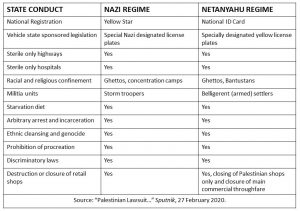