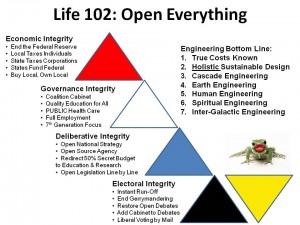 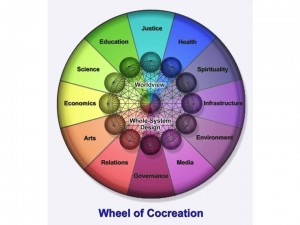 We’ve formed the conclusion over time that leaders spend too much time on the 20% that is contentious or worrysome, and not nearly enough time on the 80% that is of common interest but perhaps not controversial.  We have all failed for decades, since the value of information as a tangible and intangible “good” has been recognized, to create an information commons.  This graphic, first created for the Peacekeeping Intelligence Conference in Sweden in December 2004.  The time has come to unity humanity with information shared and sense made, and in so doing, to harness the wealth-creating power of the human brain in all its forms.

This is a variation of the Human Intelligence (HUMINT) graphic greated in Sweden, one that shows the J-2 for a region, in this case AFRICOM, being central to the provision of leadership across all of the aspects of HUMINT represented within DoD and the rest of government, all of them largely “out of control” right now.

This is a basic regional centre that would initially work exclusively with open sources of information, but could, as trust and mutual intersts coincide, extend to do focused clandestine and covert actions, for example, against transnational criminal gangs, corrupt government officials and predatory corporate officials that loot commonwealths by bribing single officials at key points.

The U.S. Government is inept in all of these most basic languages.  There are 183 that really matter, and close to 5,000 distinct languages and dialect where we should at least have multinational task forces fully engaged in harvesting historical and cultural wisdom while delivering modern knowledge.