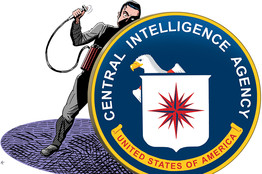 Phi Beta Iota: The US Government and the US Media have forgotten how to think.  On the one hand, the TIME Magazine article completely misses the point.   Al Qaeda does not really want to come to us, they and Iran and Yemen and Pakistan and others who want to play us all thrive on us coming to them.  We’re doing that.  On the other hand, for the US Government to be doping targetted assassinations with drones, ignoring collateral damage and unmindful of the severe shortcomings of its intelligence being used to justify the killings–as the same time that it has no intelligence at all on the other nine high-level threats to humanity and what we can be doing about them, simply begs for remediation. At the same time, the President is allowing himself to be lied to–deceived, reassured, call it what you will, it boils down to a lie–and failing to hold intelligence managers accountable for their ineptitude at all levels, not just the top.  The US does not have a strategy because the political process has both lost touch with America the Beautiful–its people, its ideals–and have no proper national strategy and intelligence construct to guide them.  This is imperial hip-shooting at its worst, and the blowback that it creates is simply not understood by those who are isolated from reality.

The recent death in Afghanistan of seven American counterterrorist officers, one Jordanian intelligence operative, and one exploding al Qaeda double agent ought to give us cause to reflect on the real capabilities of the Central Intelligence Agency and al Qaeda.

The report card isn’t good. America’s systemic intelligence problems were partially on display in the bombing at the CIA’s Forward Operating Base Chapman in Khost province. Worse, al Qaeda showed skill that had been lacking in many of its operations. In response, President Barack Obama will likely be obliged to adopt counterterrorist methods that could make his administration as tough as his predecessor’s.

Professionally, one has to admire the skill of suicide bomber Humam Khalil Abu-Mulal al-Balawi’s handlers. This operation could well have been months—if not longer—in the making, and neither the Jordanian intelligence service (GID), which supplied the double agent to the CIA, nor Langley apparently had any serious suspicion that al-Balawi still had the soul and will of a jihadist.

That is an impressive feat. The Hashemite monarchy imprisons lots of Islamic militants, and the GID has the responsibility to interrogate them. The dead Jordanian official, Sharif Ali bin Zeid, reportedly a member of the royal family, may not have been a down-and-dirty case officer with considerable hands-on contact with militants, but al-Balawi surely passed through some kind of intensive screening process with the GID. Yet the GID and the CIA got played, and al Qaeda has revealed that it is capable of running sophisticated clandestine operations with sustained deception.

Indeed, al Qaeda did to us exactly what we intended to do to them: use a mole for a lethal strike against high-value targets. In the case of al-Balawi, it appears the target was Ayman al Zawahiri, Osama bin Ladin’s top deputy. During the Cold War, the CIA completely dropped its guard in the pursuit of much-desired Cuban and East German agents. The result? Most of our assets were plants given to us by Cuban and East German intelligence. With al-Balawi supposedly providing “good” information about al Zawahiri and al Qaeda’s terrorist planning, a salivating CIA and the GID proved inattentive to counterintelligence concerns.

Whereas al Qaeda is showing increasing proficiency, the same cannot be said for the CIA. Competent case officers can get duped by a good double. And the GID, whose skill has been exaggerated in fiction and film and by Hashemite-stroked American case officers, isn’t a global service. Take it far from its tribal society, where it operates with admirable efficiency, and it is nothing to write home about.

The CIA uses the GID so often not because the Jordanians are brilliant but because the Americans are so often, at best, mediocre. The GID’s large cadre of English-speaking officers makes liaison work easy with Langley, which has never been blessed with a large number of Arabic-speaking officers, particularly within the senior ranks.

Language issues aside, the now-deceased chief of Base Chapman should have kept most of her personnel away from al-Balawi, and should never have allowed seven officers to get that close to him at one time. Traditional operational compartmentation clearly broke down.

It is also highly likely that all of the CIA officers at Chapman—and especially the chief of base, who was a mother of three—were on short-term assignments. According to active-duty CIA officers, the vast majority of Langley’s officers are on temporary-duty assignments in Afghanistan, which usually means they depart in under one year. (The same is true for the State Department.) Many CIA officers are married with children and they do not care for long tours of duty in unpleasant spots—the type of service that would give officers a chance of gaining some country expertise, if not linguistic accomplishment.

Moreover, security concerns usually trap these officers into a limited range of contacts. Truth be told, even the most elemental CIA activity—meeting recruited agents or “developmentals” outside of well-guarded compounds—often cannot be done without contractor-supplied security. Without Blackwater, now renamed Xe, which handles security for Langley in Afghanistan, CIA case officers would likely be paralyzed.

The officers at Chapman were probably young. This isn’t necessarily bad. As a general rule, younger case officers do better intelligence-collection work than older colleagues, whose zeal for Third World field work declines precipitously as their knowledge and expertise in CIA bureaucratic politics increases. But experience does breed cynicism, which doesn’t appear to have been in abundance at the CIA base.

All of this reinforces the common U.S. military criticism of the Agency in Afghanistan and Iraq: It does not often supply the hard tactical and intimate personal and tribal portraits that military officers need to do their work. Army officers are generally among the natives vastly more than their CIA counterparts.

What does this all mean for President Obama? He did not come into office pledging to reform the CIA, only restrain it from aggressively interrogating al Qaeda terrorists. There is near zero chance that the president will attempt to improve the Agency operationally in the field. His counterterrorist adviser, John Brennan, is as institutional a case officer as Langley has ever produced. If Attorney General Eric Holder is so unwise as to bring any charges against a CIA officer for the rough interrogation of an al Qaeda detainee during the Bush administration, the president will likely find himself deluged with damaging CIA-authored leaks. Mr. Obama would be a fool to confront the CIA on two fronts.

But the president is likely to compensate for systemic weakness in American intelligence in substantial, effective ways. Mr. Obama has been much more aggressive than President George W. Bush was in the use of drone attacks and risky paramilitary operations. One can easily envision him expanding such attacks in Pakistan, Yemen and elsewhere. Visa issuances, airport security, and perhaps even FBI surveillance of American Muslim militants are likely to become much tougher under Mr. Obama than under Mr. Bush. President Obama will, no doubt, continue to say empirically bizarre things about Guantanamo’s imprisonment system creating jihadists, but his administration will now likely find another location to jail militants indefinitely. Too many of President Bush’s released detainees have returned to terrorism.

National Security Adviser James Jones has already described the 21st century as the liaison century, where intelligence and security services cooperate energetically. The CIA has often compensated for its internal weaknesses through liaising with foreigners. President Bush and then Central Intelligence Director George Tenet kicked these relationships into hyper-drive after 9/11; President Obama is likely to kick them even further. Mr. Obama may have foreclosed the possibility of the CIA again aggressively questioning jihadists, but he’s kept the door wide open for the rendition of terrorists to countries like Jordan, where the GID does not abide by the Marquess of Queensbury rules in its interrogations.

The deadly attack in Fort Hood, Texas, by Maj. Malik Hassan in November, the close call in the air above Detroit on Christmas Day, and now the double-agent suicide bombing in Khost have shocked America’s counterterrorist system. Mr. Obama surely knows that one large-scale terrorist strike inside the U.S. could effectively end his presidency. He may at some level still believe that his let’s-just-all-be-friends speech in Cairo last June made a big dent in the hatred that many faithful Muslims have for the U.S., but his practices on the ground are likely to be a lot less touchy-feely. This is all for the good. These three jihadist incidents ought to tell us that America’s war with Islamic militancy is far—far—from being over.

Mr. Gerecht, a former Central Intelligence Agency officer, is a senior fellow at the Foundation for Defense of Democracies.