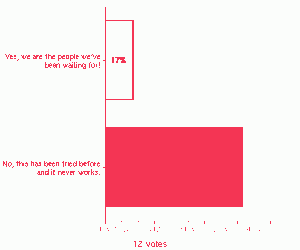 Can ‘No Labels’ change the tone in Washington?

Phi Beta Iota:  These folks mean well, but they are totally without a clue when it comes to actually embracing, empowering, and exploiting (in the positive sense of the word) the collective intelligence of the Republic.  This is an apparatchik move through and through, and the manner in which it has been organized, the money behind it, and the total absence of any intelligent structure (e.g. electoral reform, virtual cabinet, online participatory policy-budget exercise) make it clear that it is a dead end.  Preliminary voting suggested that most are not fooled and see it for the negative it is–another theatrical display lacking in authenticity.