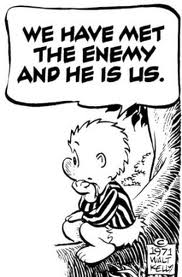 Headlines with Phi Beta Iota Comments for Each Below the Line

Phi Beta Iota: Just as the Dixie Chicks were ostracized for being RIGHT about George Bush and Dick Cheney, now a player with a brain is being penalized by a company that is simply stupid.  The hell with Champion.  Anyone familiar with what CIA did to the black community in California has a right to be skeptical.  Champion has revealed itself to be beneath contempt and probably liable for breaking a contract without just cause.

Phi Beta Iota: This is simply not what a real Bin Laden defense would be.  It is more typical of a comfortable rich guy (or pre-planned patsy) with just one moderately alert bodyguard.

Phi Beta Iota: This was a joint operation with the Pakistanis, just as 9/11 is now largely confirmed as a joint operation first developed in Pakistan, then blessed and protected by Dick Cheney.  All information coming form Pakistan should be regarded as a mix of false flag information (e.g. pretending a Bin Laden wife is talking about Bin Laden) and internal disinformation (seeking to assuage righteous anger among its own).  At this time we believe the entire operation to have been a Lee Oswald patsy in play false flag operation whose primary deception target is the US public (which is very, very illegal), with a secondary influence operation to inspire chatter or flush domant second stringers.   There is no way this entire largely preposterous scenario could have been played out without the complete collaboration of the Pakistani intelligence service.  As noted before, we believe the quid pro quo is an early out from Afghanistan, something both parties want.

Phi Beta Iota: SEALS do not make mistakes like this, especially in these days of micro-management from plush command centers with hot and cold coffee.  Although use of a new stealth helicopter is certainly consistent with fooling the SEALS themselves that they were after Bin Laden,the US military loses performance above 6,000 feet, and what you gain in stealth you lose in performance.  On balance–and particularly if this is a joint operation–this could be Chinese-oriented foolishness or a more mundane effort to prove that we need hundreds more of these grotesquely expensive helicopters.

Phi Beta Iota: The usual suspects, including George “Slam Dunk” Tenet, are all on Fox (O’Reilly) tonight playing macho games with waterboarding.  It does not work, it is illegal, immoral, and impractical (it produces too many false trails that consume time and money while increasing risk).   The idiot right, led by O’Reilly, is treating this as the second coming.

Phi Beta Iota: We do not believe this is actual intelligence.  We believe this is contrived false flag information, in which CIA creates what it wants to have “found,” buries it in the stack (it does not even have to have on the scene), and then “discovers” it when it wants to.  We will say it again: terrorism is nothing more than a train accident.  Terrorists alleged to be planning a train event are twice removed from reality  It is the “War on Terror” and the military-industrial-financial complex that is literally looting America and bleeding the American heartland and the American public to death.  We have met the enemy and he is us.