The Occupation That Time Forgot

The Disappearance of Palestine

It’s the show that time and the world forgot. It’s called the Occupation and it’s now in its 45th year. Playing on a landscape about the size of Delaware, it remains largely hidden from view, while Middle Eastern headlines from elsewhere seize the day.  Diplomats shuttle back and forth from Washington and Brussels to Middle Eastern capitals; the Israeli-Turkish alliance ruptures amid bold declarations from the Turkish prime minister; crowds storm the Israeli Embassy in Cairo, while Israeli ambassadors flee the Egyptian capital and Amman, the Jordanian one; and of course, there’s the headliner, the show-stopper of the moment, the Palestinian Authority’s campaign for statehood in the United Nations, which will prompt an Obama administration veto in the Security Council. 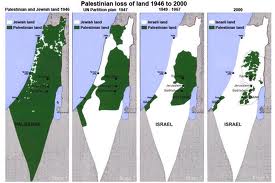 But whatever the Turks, Egyptians, or Americans do, whatever symbolic satisfaction the Palestinian Authority may get at the U.N., there’s always the Occupation and there — take it from someone just back from a summer living in the West Bank — Israel isn’t losing.  It’s winning the battle, at least the one that means the most to Palestinians and Israelis, the one for control over every square foot of ground.  Inch by inch, meter by meter, Israel’s expansion project in the West Bank and Jerusalem is, in fact, gaining momentum, ensuring that the “nation” that the U.N. might grant membership will be each day a little smaller, a little less viable, a little less there.

How to Disappear a Land