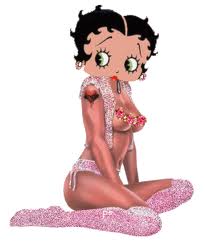 Back in 2002 while I was at a major Command, Friedman made a pitch to provide “ground truth” intelligence on contract.  While some folks went gaga over his presentation, there were many small indicators that all was not well.  Apparently Friedman was asked to leave LSU for reasons undetermined.  Offically, according to STRATFOR ” In 1997, a small company that would eventually grow into Stratfor—called Strategic Intelligence LLC—left Baton Rouge and LSU, where its founder George Friedman had been a professor. A 1999 profile in Texas Monthly said the company “couldn’t thrive” in Baton Rouge, and that’s why Friedman took it to Austin, where it blossomed into a global powerhouse.”

Reasoning heard on the street by colleagues active in San Antonio, he was bankrolled by Mossad and they wanted him in an area of hightech.

I have read his comments about OSS and you specifically; his arrogance is unbelievable.  His “analysts” are currently UT-Austin students with a couple of “seasoned veterans”, none of whom have an intelligence
background.

He has been described as a neocon and I think that fits.  From where I sit, I think STRATFOR is finished, they are trying very hard to regain their client base….with little success…

Robert Steele:  This tracks with what we have heard from former employees with integrity who were shocked by the scam once they saw it up close and personal, departing as soon as they realized they were nothing more than face paint.  Sadly, the USG is an easy “mark” all too ready to spend money on cheats and charlatans, rather than admit they should have been listening all along to those who actually know what commercial intelligence — legal, ethical commercial intelligence in 183 languages the USG has no clue about — can do.  In fairness to Stratfor, they are no more nor less unethical and hollow than any large corporation (“beltway bandit”) — all of them are scamming the USG because the USG — and the USMC in particular and most saddening to me personally — lacks the intelligence and integrity to get it right in-house.  While this should be the end of the era of secret idiocracy, the corruption of the policy, acquisition, and operations arenas is at present an insurmountable obstacle for so long as the Director of National Intelligence (DNI) chooses to “go along” with all this criminally insane nonsense.

1995 Re-Inventing Intelligence The Vision and the Strategy