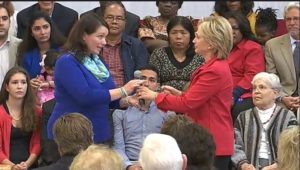 Among the oddities of the Sandy Hook shooting is that the average age of the 20 mothers who claim to have lost children is 36, which is ten years older than average. The odds of 20 such elderly mothers = 109,418,989,131,512,370,000-to-1 (109 quintillion, 418 quadrillion, 989 trillion, 131 billion, 512 million, 370 thousand to one): this appears to be statistically overwhelming evidence the official story is a fraud. That this should occur by chance lies beyond any rational expectation.

Another professional with academic and professional expertise with statistical analysis concluded the odds of 20 such elderly mothers is 62, 482, 742, 574, 637, 216, 553 to one (that’s 62 quintillion to one), and it is 812 million times more likely that the alleged victims were born in 1996 rather than 2006 as we’re told in the “official” story. With numbers larger than what we work with and can accurately imagine, analogies are helpful.

On its face, it is statistically impossible for the Sandy Hook story to be true given just this one data point. This is more than enough to rationally challenge the accuracy of what we’re told about Sandy Hook. For comparisons:

With our 109 quintillion to one odds, our Sandy Hook mothers cannot have a birth age average of 36. But it makes sense if the kids were fictions made up out of photographs of older children when they were younger. As a conjecture, we can infer that, with high probability, the photos that were used to represent the kids who died at Sandy Hook were about 10 years out-of-date, which explains why we have 20 Sandy Hook mothers who, were the story true, average an improbable 36 years age at birth.

Carl Herman is a National Board Certified Teacher of US Government, Economics, and History (also credentialed in Mathematics). He worked with both US political parties over 18 years and two UN Summits for heads of state with the citizen’s lobby, RESULTS, for US domestic and foreign policy to end poverty. He can be reached at Carl_Herman@post.harvard.edu