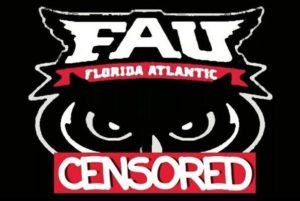 As you observe all of the voices being digitally assassinated, as described by Robert David Steele and countless other concerned citizens, by anti-social networks who censor speech and delete entire accounts and web pages with impunity and without regard to applicable laws and regulations related to Free Speech, please know that there is a case that precedes the Alex Jones case, a case in which a university fired a professor with tenure for daring to speak out with skepticism about Sandy Hook, which he believed to have been an exercise in which no one died.

Attorneys for James Tracy have filed an appeal to the U.S. Court of Appeals for the Eleventh Circuit of the summary judgment rulings granted by the District Court in favor of Florida Atlantic University (“FAU”) and various public university officials. Tracy’s lawyers also argue that the jury verdict should be reversed and the Court should grant judgment in Tracy’s favor as a matter of law.

James Tracy was a distinguished tenured faculty member in FAU’s School of Communications who taught journalism history, communication theory, and courses on the media’s coverage of conspiracy theories. Tracy received awards for his work, regularly earned excellent reviews, and was a former president of the FAU faculty union. Despite Tracy’s outstanding academic record, FAU fired Tracy in retaliation for controversial posts he made on his personal blog questioning the legitimacy of the Sandy Hook Elementary School massacre. In January 2016, FAU terminated Tracy’s tenured professorship, falsely claiming he had been “insubordinate” for failing to disclose his blogging activity under its conflict of interest outside activity Policy.

On appeal, it is argued that summary judgment should have been granted in Tracy’s favor by the District Court, since the Policy FAU used to terminate his professorship is unconstitutionally vague because blogging is not mentioned as a potential conflict of interest, key terms used within the Policy are undefined, and FAU does not have a policy on blogging. Over twenty professors have blogs or other online speech activities, and Tracy is the only one to have ever been required to report, much less disciplined, for failing to report under the Policy.

This is all the more compelling given that Tracy’s blog was publicly available and well known to FAU, and his speech was widely reported and highly controversial. The record demonstrates FAU’s Policy violates the First Amendment “because it fails to provide employees with a reasonable opportunity to understand what blogging it prohibits and authorizes” and the Policy “did not provide sufficient guidance as to what blogging had to be reported, it could not be enforced without reference to the content of an employee’s speech, thereby facilitating viewpoint discrimination targeting disfavored speech.”

Indeed, FAU found Tracy’s posting violated the Policy despite having no policy at all on blogging while it fully protected expression that it favored.”

Mr. President, Free Speech in America is not being defended by the Courts or your Attorney General. I humbly suggest that the case of Professor Tracy specifically, and the assault on Free Speech generally, merit your direct personal and sustained interest. 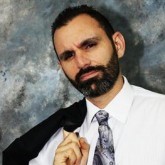