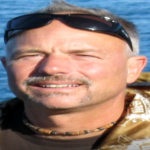 The Sandy Hook Hoax, The German’s Holocaust (Post Victory by the Allies), and the Real Final Solution

The Sandy Hook School Shooting, of December 2012, is the continuation of events and agenda that deliberately incited World War Two (WW2) – ultimately resulting in the western world being captured and enslaved by a mentally ill cult, which today masquerades as a morally enlightened, culturally advanced state of benevolence shielding people from hate, racial disharmony, resource disparity, while progressing toward an egalitarian nirvana.

WW2 was a premeditated war, a stepping stone toward removing from the Earth, forever, people who would and could stand in the way of an attempt to destroy nation-states, nationalism and racial bloodlines. The idea of creating a world of masters and slaves, with a ruling class coming from a small group of self-designated “chosen ones,” whose stated designs on world domination has been known for thousands of years, is not new, its only been censored from modern Western History.

Phi Beta Iota: The “hidden history” of the world, if known to the public, would change everything.  Jack Mullen has done a fine job focusing on the Chabad Zionists (vice Jewish — Zionists consider most Jews to be “lesser” and lumped in with Christians and Muslims as “animals.”  When we inquired about the Vatican and the Rothschilds he responded with the below very learned comment:

I have definitely included the Banking “families” by inference. The banking families I included by inference when I mention Zionists — The Banking empire is a Zionist Controlled Organized crime syndicate and is used to fund Communism around the world.
As for the Vatican I believe The Current Vatican is just a front for Judeo-Freemasonry and as such their influence in the destruction of humanity and the collapse of Christianity is by purpose and directed from the high levels of Judeo-Freemasonry. During the early 1300’s the Knights Templar were found infiltrated by Jewry requiring the execution Jacque DeMolay –

The Templar Order was founded in 1118 in Jerusalem by nine Crusaders, and was divided into three classes: (1) the Knights; (2) the Clergy; (3) the Serving Brethren. Formed for the ostensible purpose of defending Christianity, the Templar Order had a secret doctrine which was Gnostic, though it is not certain whether the Gnostic doctrine penetrated it at the start or at a later date, either from within or by contact in the East with the Assassins. Within 200 years after their foundation, the Templars acquired collossal wealth and power by following Jewish banking methods; and when Philip the Fair came to the throne of France in 1285, he found his people ground down by two forces, viz., the Templars and the Jews. As a result, he ordered the Jews out of the Kingdom of France in 1306, declaring the Christians free of all debt owing to Jewish usurers, and then held an inquiry into the Templar Order. In 1307, he simultaneously arrested all the heads of the Order, and their Grand Master, Jacques de Molay, was executed. France was never forgiven for this, and it is recorded by Eliphas Levi, in his book “Histoire de la Magie,” that at the execution of Louis XVI in 1793 (after the French Revolution), an elderly Jew dipped his hands in the Royal blood and said to the crowd, “I baptise you in the name of liberty and Jacques.”

On the other side, the Jews settled in communities or Kahals in all the newly-formed Aryan nations of Europe, establishing a monopoly in trade, and undermining Christianity by the formation of Gnostic groups such as the Albigenses, who, in spite of the fact that they called themselves Christians, are described by Pope Innocent III in a letter to the King of France in 1205, as having

“by their usurious practices gotten into their power the goods of the Church, occupied castles, acted as stewards and managers for the nobles, had Christian servants and nurses on whom they committed abominable crimes. On Easter Day they walked in the streets and offered insults to the Faith, maintaining that He whom their ancestors had crucified was only a peasant. Their houses remained open till the middle of the night and served to receive stolen goods; assassination even occurred . . . .” (Bouquet XIX, 471).-

The following is taken from the speech made by Domenico Anghera, Grand Master of the Supreme Council of Scottish Rites, when conferring on General Giuseppe Garibaldi the 33rd degree:— circa 1870

” . . . . . Our first step, as builders of the new temple to the felicity of human glory, must be destruction. To destroy the present social state, we have suppressed religious teaching and the individual rights of persons. As we have overthrown the temporal power of the Pope, our most terrible and infamous enemy, by means of France and Italy, we must now break France, the strongest prop of the spiritual power. That we must do with the help of our own power and that of Germany.”

References above from the works of Arnold Leese — see below.

Other religious sects such as the Mormons are likely also offshoots of crypto-jewish cults :

There is also evidence that many of the pseudo-Christian religions were founded by Kabalist Jews. The founder of Mormonism, another Judaized version of Christianity, was Joseph Smith, who was a practitioner of Kabala. Smith surrounded himself with 12 apostles of which his closest colleagues were Jewish Cabalists, Orson Hyde and Alexander Neibaur. Lance Owens writes in “Joseph Smith and Kabbalah: The Occult Connection,” “That Neibaur brought a knowledge of Kabbalah to Nauvoo has been mentioned in several studies of the period. For instance, Newel and Avery note in their biography of Emma Smith, ‘Through Alexander Neibaur, Joseph Smith had access to ancient Jewish rites called cabalism…” Orson Hyde made a trip to Jerusalem in the 1830s to dedicate the restoration of Israel to the Jews. According to Ivan P. Barrett’s Joseph Smith and the Restoration,

An excellent work describing the Jewish take over the Catholic Church is found in the link below — Especially the section on the THE MEROVINGIANS.  This information is consistent with the work of Juri Lina, from his book “Architects o Deception” and one my trusted resources Arnold Leese, whose works can be found in PDF  here.