Authored by Robert Bridge via The Strategic Culture Foundation,

Perhaps it was expecting too much that the tech giants would check their political allegiances at the door to ensure fairness. Instead, they have let their political affinities disrupt the process every step of the way and this is leading the country down a blind alley. 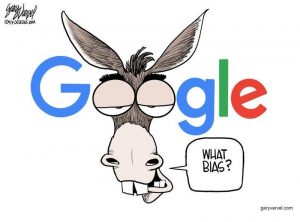 So here we have a situation where the largest American social media companies are able to shame and ban users with impunity, while also deleting efforts by any outside agency that demonstrates their political bias.

This leads us to the crux of the matter: As the social media companies hide behind their ‘private’ corporate status in order to curb political speech on their platforms with total impunity, they are exerting, at the very same time, powerful influence on the political process. In other words, they are empowered to do the very thing that many of their platform users are not, and that is to support their political convictions without fear of reprisal, banning and censorship. They want to have their private cake and eat it too.