Does the Presidential Order on Financial Sanctions Against Those Promoting Terrorism Apply to Israel and Saudi Arabia?

I have issued an Executive Order to modernize and expand sanctions to combat terrorism. The Order enhances our ability to use powerful sanctions to target terrorists and their supporters and deprive them of their financial, material, and logistical support worldwide. Foreign financial institutions are now on notice that they risk sanctions if they knowingly conduct or facilitate any significant transactions with designated terrorists and terrorist enablers.Since my first day in office, my Administration has worked tirelessly to preserve the safety and security of the United States and its citizens. The United States and our partners have liberated 100% of ISIS-held territory in Syria and Iraq and dealt significant blows to ISIS, al-Qa’ida, and Hizballah’s financial and operational networks around the world.

The United States will continue to aggressively use all levers of American power, including financial sanctions, to target terrorists and those who enable, facilitate, and finance their heinous acts. 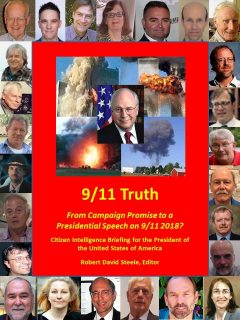 And does this apply to US citizens and US private military corporations and the CIA and the Pentagon?