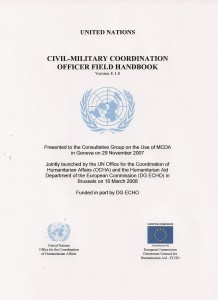 Included as a Reference in PEACEKEEPING INTELLIGENCE: Emerging Concepts for the Future, this is a stand-alone piece that captures key lessons learned across both the four levels of analysis and the varied elements of the traditional intelligence cycle, elements that are NOT secret. 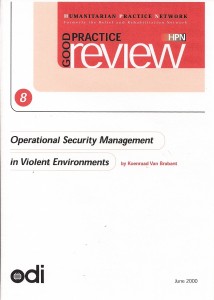 UPDATE: This published endeavor that I organized is what allowed me to write 100% of the NATO OSINT Handbook (85% after SACLANT staff made some excellent deletions and additions).  The SOF OSINT Handbook was a completely new product.

General Al Gray, USMC, then Commandant of the Marine Corps (CMC) created the Marine Corps Intelligence Center (MCIC) at the same time that he created the Marine Corps University (MCU).  He was guided by the reality that the larger serices–the Army, Navy, and Air Force–devoted all of their attention to trainng, equipping, and organizing for “Big War” against the Soviet Union and China.  He also recognized that there were many strategic assumptions in the Planning, Programming, and Budgeting System (PPBS), including the assumption, by the large services, that they would have lead times for deploying and employing forces abroad.