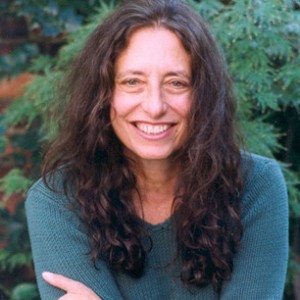 Carol Gilligan is an ethicist and psychologist currently appointed as a University Professor at the New York University. She received an A.B. in English literature from Swarthmore College, a masters degree in clinical psychology from Radcliffe College and a Ph.D. in social psychology from Harvard University.   Her landmark book, In A Different Voice (1982) is described by Harvard University Press as “the little book that started a revolution.” Following In A Different Voice, she initiated the Harvard Project on Women’s Psychology and Girls’ Development and co-authored or edited 5 books with her students: Mapping the Moral Domain (1988), Making Connections (1990), Women, Girls, and Psychotherapy: Reframing Resistance (1991), Meeting at the Crossroads: Women’s Psychology and Girls’ Development, (1992) and Between Voice and Silence: Women and Girls, Race and Relationships (1995). She received a Senior Research Scholar award from the Spencer Foundation, a Grawemeyer Award for her contributions to education, a Heinz Award for her contributions to understanding the human condition and was named by Time Magazine as one of the 25 most influential Americans. Her more recent publications include The Birth of Pleasure: a New Map of Love (2002), Kyra: A Novel (2008), and, with David A. J. Richards, The Deepening Darkness: Patriarchy, Resistance, and Democracy’s Future (2009).

Although the author has written a more recent book, Emergence: The Shift from Ego to Essence, the later book is focused on helping the individual, while the book being reviewed focuses on the larger matter of social engineering.

I was growing up in Asia at the time that this extraordinary person was getting herself nominated, along with Geraldine Ferraro in 198, as a Democratic candidate for Vice President, and this book serves as both a practical statement of needs and next steps to achieve conscious evolution as a species in the aggregate (see also the book edited by Mark Tovey with 55 contributors, Collective Intelligence: Creating a Prosperous World at Peaceand as a very self-effacing overview of the extraordinary life and social network of the author. I am tempted to speculate that hers was the first social network of consequence in modern times.

The core strategic idea in this book is that we are now capable of coming together across all boundaries at all locations to discourse on Conscious Evolution.

END_OF_DOCUMENT_TOKEN_TO_BE_REPLACED

Amazon appears to be depriving customers of top reviews from the past–part of a concerted effort they have been making to ease the path for new reviewers, never mind the cost in lost wisdom. I am personally appalled that this incredibly important book, obviously in a new edition, has no reviews carried forward.

1988 is when this book was published, which for me means that in very personal terms, I have been “out of touch” and “unknowing” of the deep social relevance of this work and its focus on the caring voice of women (as opposed to the “justice” voice of men) in both psychology and sociology.

In a nut-shell, this book is a collection of edited works ably integrated by the contributing editors, which pioneered the “voices” discussion from the female point of view. While there have been many books about the voices of the oppressed, the indigenous, and other marginalized groups, this book focuses on the voices of women in their dialectic with men–women as “caring” men as focused on rational “justice.” I am reminded of Voltaire’s Bastards: The Dictatorship of Reason in the West and E. O. Wilson’s book,Consilience: The Unity of Knowledge.

Underlying the female focus on caring is the female focus on intangibles such as community and good will…..so much so that I have a note, women may be the archetype of what it means to be human. The book opens very ably with observations about how detachment and dispassion are in fact moral choices with tangible outcomes and consequences.

END_OF_DOCUMENT_TOKEN_TO_BE_REPLACED

June 28, 2009
Carol Gilligan and David A. J. Richards
I only recently learned of the literature on voices of women, and this is the first of several books I ordered to explore the subject. At tempted as I have been to take away one star for small blinders (notably the gross over-selling of anti-Semitism, and the complete oblivion to the fact that Dick Cheney used 9-11, even if he is a cross-dresser our response to 9-11 was NOT some deep psychic rage stemming from our humiliation–Cheney sent 1% of the country to war, and Bush asked the other 99% to go shopping.

Having said that up front, I stayed with five stars because this is an epic work, and I am deeply impressed by the rigorous documentation in notes, the spectacular bibliography, and the deliberate mention of names of minds being quoted in the body of the book, a certain mark of integrity that I always look for. Hence, while some of the points below in my notes come without the cited source, be assured that the authors have been meticulous.

QUOTE p. 19: “…patterns of injustice and moral slavery are supported by the repression of resisting voice and to show how such resisting voice is rooted in the human psyche and preserved in cultural forms that preserve and maintain it. …What patriarchy precludes is love between equals, and thus it also precludes democracy.” For the political science version of this, see The modern state.

Part I starts with Roman Patriarchy and if you are not a cultural studies ancient literature obsessive, you can skim most of this. I have a note: “marvelous handbook for teaching literature as culture & psyche.” See The Manufacture Of Evil: Ethics, Evolution, and the Industrial System, American Fascists: The Christian Right and the War on America, and On the Psychology of Military Incompetence for the modern equivalencies…and other books I have reviewed.

Part II covers resistance across time and culture and is a brilliant survey in detail–while leaving much for others to cover in follow-on works–of religion, psychology (notably a wonderful chapter on Freud first embracing women’s voices and then rejected them), the artists, and politics. The Catholic Church comes in for its fair share of condemnation as a patriarchal organization as well as a criminal and hypocritical organization, but it is here that I note the immaculate conceptions the authors both portray of Jews and Israel–“can do no wrong” gets annoying after a while.

Part III, the shortest part, provides a once-over on western colonialism, the war on terror, and where we are going wrong now in seeking to turn back the progress made from the 1960’s. All good stuff.

Here are my fly-leaf notes and a couple of quotes.

+ Gender and how gender equality and sexual tolerance are handled is both the foundation for democracy (dignity and equality for all) and the canary in the coal mine for failing democracy such as we have in the USA.

+ Resistance, once it acquires critical mass, is the pre-condition for being able to achieve transformation. This is a very important point and merits its own book. See my review of Responsible History for supplementary insights from another author.

+ Over-all this is a fascinating holistic view of cultural relations and why the matter. I particularly appreciate the focus on how important “feelings” are and how the repression of feelings, including sexuality, cuts off half the soul-brain for the questionable desire to assert control.

+ I could not stand the “femi-nazis” in my own era of learning (1970’s) but now they have come of age. It is no longer about aggressive women trying to fight men on men’s terms; what we have here is brilliant women making a well-documented case for how stupid men are to fall for the patriarchy propaganda, and THAT I can respect. This book, for those of us not familiar with the Voices literature, is a milestone.

+ I completely buy-in to the author’s view that patriarchy supports racism, Puritanism, homophobia, and anti-Semitism, the latter with a grain of salt. As “Responsible History” documents, way too many charges of anti-Semitism are defamation and no longer have standing in court.

+ The author’s make a compelling case that a Republic in which the people are sovereign, equal, and entitled to equal voice, is completely anti-thetical to a top-down command and control patriarchy. Others have made this case and described Epoch B leadership, bottom up inclusive deliberative democracy. I cannot do justice to the originators, but see All Rise: Somebodies, Nobodies, and the Politics of Dignity (BK Currents (Hardcover)) and Collective Intelligence: Creating a Prosperous World at Peace for a taste.

+ They discuss how repression imposes disassociation that blocks ethical development as well as resistance.

+ They discuss the contradictions in laws that force women to disassociate their intelligence from their sexuality. I am moved by their citation of the work of others in which young girls learn they cannot have BOTH voice (honesty) AND relationships (steeped in patriarchy).

+ I am sympathetic to their discussion of fascism as over-compensation for male humiliation that becomes a psychological basis for violence, and I am even more in turn with the varied observations that fear feeds violence.

They conclude: “The corruption of manhood has been our theme.” They discuss the tension between voice and violence, and reiterate that the demonization of pleasure requires a split in consciousness–put another way, the USA has lost its mind.

QUOTE p. 266: “As we have found the roots of intolerance–whether racist, sexist, or homophobic–in the traumatic rapture of intimate relationships that marks the initiation into patriarchy, so the splits between mind and body, thought and emotion, self and relationships signal a disassociation that keeps us from knowing what we otherwise would know. It impedes the voice of experience, grounded in the body and in emotion and fostered by relationships, that would speak to the voices of authority, thus posing a threat to democracy in the same ways that totalitarianism targets the functions of the human mind.”

We’re there.   See Grand Illusion: The Myth of Voter Choice in a Two-Party Tyranny

See also:
Radical Man
Counterculture Through the Ages: From Abraham to Acid House

on Cover Above to Buy or Read Other Reviews,

I Respond to Comments Here or There