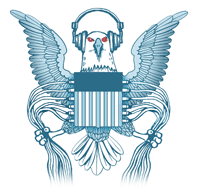 Warrantless surveillance of an Islamic charity in Oregon in 2004 violated the Foreign Intelligence Surveillance Act (FISA), a court ruled (pdf) on March 31.

In the culmination of a four-year lawsuit, Judge Vaughn Walker of the Northern District of Columbia found that the government had unlawfully intercepted international telephone conversations of the Al-Haramain Islamic Foundation without a warrant, as required by the FISA for intelligence and counterterrorism surveillance.  The government had contended that the state secrets privilege barred a resolution of the case, but the court found that the defendants were able to make their case without the use of state secrets.

At least by implication, the ruling means that aspects of President Bush’s Terrorist Surveillance Program were illegal.  Significantly, that determination was made by a court, based on a private complaint years after the fact, and not through congressional intelligence oversight.  While Congress did enact the Foreign Intelligence Surveillance Act of 1978, which was the foundation of the court’s ruling, contemporary congressional oversight alone would have left the Al-Haramain violation (and untold others) undiscovered and unpunished.


The new ruling also leaves the state secrets privilege seemingly tarnished and in disrepute.  “The Government does not rely on an assertion of the [state secrets privilege] to coverup alleged unlawful conduct,” government attorneys told the court.  But had the Bush and Obama Administrations’ use of the privilege prevailed, that is exactly what would have happened– conduct that has now been found illegal would have been covered up.  To the extent that there is a legitimate role for a state secrets privilege, the government might now be motivated to bolster the legitimacy of the privilege, perhaps through enactment of the pending State Secrets Protection Act.  That bill would, among other things, provide for judicial review and validation of the substance of assertedly privileged evidence.

Finally, the ruling casts new light retrospectively on the December 2005 New York Times story that exposed the Bush Administration’s warrantless surveillance program.  A cogent case has been made by Gabriel Schoenfeld (in Commentary Magazine, March 2006, and in his forthcoming book Necessary Secrets) that the Times story violated a statute (18 USC 798) that clearly prohibits unauthorized disclosure and publication of classified communications intelligence information.  But it was the Times story that set the stage for the Al-Haramain lawsuit.  With a conclusive judicial ruling that the reported surveillance was in significant respects unlawful, the Times’ revelation of the classified surveillance program may more readily be seen as supporting and enabling the rule of law, not defying it.