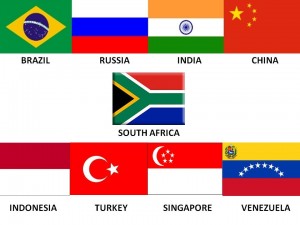 Full text of Sanya Declaration of the BRICS Leaders Meeting

The following is the full text of the document.

Phi Beta Iota: We predict that Turkey will be the next to join, followed by Indonesia.   China may block Viet-Nam but they are a logical member.  Singapore wants to join, both China and Russia like the Singapore model.  Venezuela as a front for Iran as well as in its own right–and Chile if they can play nice with Brazil.  The declaration is interesting mostly for “going along” with the existing international economic structure but calling for UN reform–all five of the BRICS countries are on the Security Council at this time.  There is no mention of the UN High-Level Threat or UN Coherence reports.  George Soros is not mentioned.  There is nothing in the declaration about multinational information-sharing and sense-making, nor is there anything about corruption and the role that predatory corporations play in creating food crises.