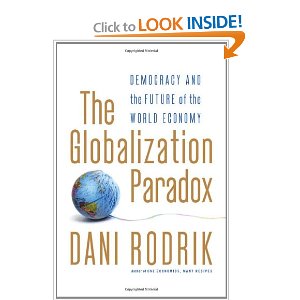 The first book is important because it points out the fact that globalization has been the economic equivalent of the world putting all its eggs in one basket. The imminent collapse of all national currencies will make that abundantly clear. Countries need to strive harder for self-sufficiency, sustainability, and renewability in order to avoid these kind of global economic wildfires in the future.

The second book is important because when national currencies fail, local currencies will have to be created in order to facilitate the resurrection of local economies. Only *local* economies and currencies will be able to prime the financial pumps of  *national* economies and currencies, which in turn are essential for *international trade*, which in turn is essential for most *urban economies*. This is bootstrap economics. It puts the power back in local hands and takes it out of the hands of “Wall-shington Street.” (to coin a new phrase) 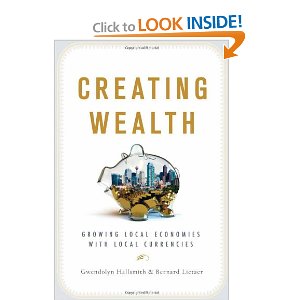 Most “first world” countries cannot sustain themselves without outside resources. Japan is perhaps the most extreme example. But all countries need to find ways to become as self-sustaining as possible. Self-suffiecincy and local currencies are the only things that can provide firewalls to prevent economic wildfires from spreading around the globe and wiping out every economy at once—–the downside to globalization.

The Titanic sank because the watertight compartments didn’t go all the way up to the top deck. Water was able to spill over and sink the whole ship. It’s the same principle with globalization as it now exists. The first book describes the problem and the second one offers a locally-based solution to the problem (at least in regard to currencies). The second book, therefore, can be of value whether or not the crash happens. If it happens, it will provide a solution. If it doesn’t, it will provide a means for local economies to free themselves from the investment bankers of “Washing-Wall Street.”

Tip of the Hat to Bob Saunders.