[Editor’s note: While I regard “BostonTruthSeeker” as a serious student of the Boston bombing and agree that his candidate for “Mastermind” appears to have the right background and credentials for having fulfilled that role, his candidate represents a conjecture (or “best guess”) and is not offered as a definitive assertion but rather as a tantalizing prospect.

Her name is Juliette Kayyem. 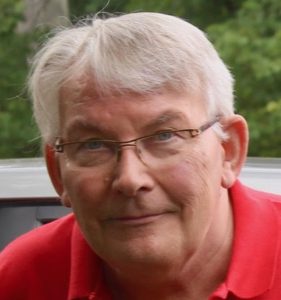 ED JEWETT: I have said it before, and I’ll say it again… noting that I spent years in the EMS and mass casualty incident response arena in Massachusetts, was NIMS certified in exercise design, and have written two major articles, and one regional MCI response plan:  I have never seen a hospital CEO break into a press conference in the middle of the incident the way the Beth Israel Deaconess CEO did in the presser when Tamerlan Tsarnaev was brought to his hospital to annouce that institituion’s readiness to take other victims. https://www.liveleak.com/view?i=f42_1366715472 had it but of course it’s no longer available. In the Massachusetts and Boston systems, serious communications systems, legal agreeements and protocols were pre-existant for all scenarios. As in other incidents, known and existent EMS response capabilities and capacities were ignored, or side-stepped.]

ROBERT STEELE: This feels right. The militarization of the US police has been a major objective of the Deep State and its Zionist underbelly, and the explicit details about Juliette Kayyem, her husband Judge David Barron, CNN, Kevin Tabb, Beth Israel Medical Center, the Belfer Center for Science and International Affairs, Robert Taubman (Zionist billionaire), WIkipedia, Stanton Foundation, a CBS bullshit movie — they all connect very nicely.  Everyone is innocent until proven guilty but for me, this article does it as far was warranting a proper preliminary examination. Only a proper legal investigation, one with mandatory legal discovery under oath, something the Department of Justice is clearly unwilling to do — and a Presidential override of all existing national security warrants legalizing lies to the public, the media (which is complicit, they are not stupid, just unethical), and the courts — will do. The day will come when every false flag event in the USA will be properly investigated. The day will come when the Zionist-owned Department of Homeland Security will be abolished, and the Federal Emergency Management Agency (FEMA) either abolished or demilitarized. Enough already.