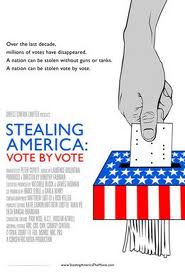 Edible Education: The Politics of Food

At this mark she mentions that campaign laws are the source of all government corruption and that “we” should run for office,  inserting ourselves into the job positions filled with corrupt persons.

Video: “Death of the Liberal Class” at The Sanctuary for Independent Media

There are multiple indications in the large cache of US State Embassy cables WikiLeaks has been releasing (extended summary here) that the US State Department is willing to do just about anything to ensure the multinational agricultural biotech corporation, Monsanto, has its interests protected in countries around the world.

Cables show the State Department has been very active in defending Monsanto in France during the past decade. In one particular case, a French documentary, “The World According to Monsanto,” was released. A diplomat with the US embassy in Madrid immediately felt the need for “talking points” so it knew what to say in response to the content in the film. (Full article here)

This has been added to a new “mega-list” of documentaries worth seeing that is in development.

“The Century of the Self”: Must-See Documentary on Psychology, Advertising, Consumerism and Control

The War You Don't See – by John Pilger (preview) According to JohnPilger.com – “On 7 June 2011, the Lannan Foundation in the United States banned the film and cancelled a US visit by John Pilger without explanation.”