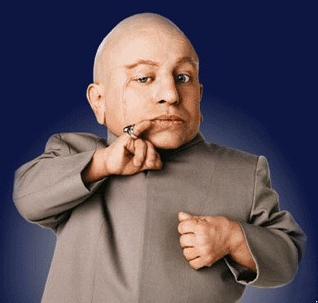 A Ministry of Foreign Affairs report circulating in the Kremlin today states that United States President Obama has undertaken a campaign to “crush” the nation of Poland after its government this past week officially banned the planting of Monsanto’s MON810, a genetically-modified (GM) variety of maize (corn) that produces its own built-in Bt insecticide in every kernel and is held to be responsible for the global collapse of bee populations and the catastrophic killing of all bat species in North America.

To understand Obama’s anger against Poland and his ties to the most dangerous food ever known to man we can read as reported by Ronnie Cummins, Founder and Director of the Organic Consumers Association:

President Obama knows that agribusiness cannot be trusted with the policy and regulatory powers of government. On the campaign trail in 2007, he promised:

But, starting with his choice for USDA Secretary, the pro-biotech former governor of Iowa, Tom Vilsack (who in a stunning reversal greenlighted Monsanto’s genetically modified alfalfa without testing), Obama has let Monsanto, DuPont and the other pesticide and genetic engineering companies know they’ll have plenty of friends and supporters within his administration.

President Obama has taken his team of food and farming leaders directly from the biotech companies and their lobbying, research, and philanthropic arms.

Islam Siddiqui, Vice President of the Monsanto and DuPont-funded pesticide-promoting lobbying group, CropLife, is now the Agriculture Negotiator for the US Trade Representative.

Rajiv Shah, former agricultural-development director for the pro-biotech Gates Foundation (a frequent Monsanto partner), served as Obama’s USDA Under Secretary for Research Education and Economics and Chief Scientist and is now head of USAID.

Solicitor General Elena Kagan, who took Monsanto’s side against organic farmers in the Roundup Ready alfalfa case, has been nominated to the Supreme Court.

Now, Ramona Romero, corporate counsel to DuPont, has been nominated by President Obama to serve as General Counsel for the U.S. Department of Agriculture.

DuPont’s lengthy record of lies, crimes and misdeeds are well known, and the company’s efforts to deceive the public and cover-up risks of its products continue to this day.

“DuPont brought genetically engineered “Bt” crops to market, despite concerns raised by scientists, environmentalists and organic growers who noted that the Bt crops threaten to destroy the usefulness of Bt sprays, valued by many as the world’s safest and most important biological pesticide.

Genetically engineered Bt is not the same as the long-used Bt sprays. It is an activated, high-dose toxin. DuPont claims its Bt products are safe, but there is evidence that Bt crops can trigger allergies and there have been many reports of sickness and death in animals exposed to Bt crops.

Installing a DuPont lawyer at the USDA would create a terrible conflict that would no doubt be resolved in favor of this powerful company rather than the people’s interest in food safety, public health and environmental sustainability.”

The decision by Poland to ban Monsanto’s genetically-modified corn comes after thousands of protesters recently took to the streets in demonstration of the undeniable fact that both MON810 and the chemicals applied to it are at least partially responsible for causing Colony Collapse Disorder (CCD), the worldwide phenomenon in which entire swarms of honey bees disappear or turn up dead.

“The decree is in the works. It introduces a complete ban on the MON810 strain of maize in Poland,” said Polish Agriculture Minister Marek Sawicki, who also explained to the press that pollen from MON810 appears to be responsible for further devastating the already dwindling bee population throughout the country and elsewhere.

According to reports, Poland’s decision to ban MON810 makes it the first nation to formally acknowledge that Monsanto’s GM corn is definitively linked to CCD. It also affirms the findings of several earlier studies that have identified a link between Bt GM crops and bee deaths, including independent research conducted by Pennsylvania beekeeper John McDonald.

Important to note is that France, under extreme pressure from the Obama regime, allowed the planting of Monsanto MON810 corn this past November (2011), but after tens of thousands began protesting this past March against this “frankenfood” it instituted a new ban which they show no signs of lifting any time soon.

Obama’s first reaction to Poland’s banning of Monsanto’s genetically-modified corn was to blame the Poles for the German Nazi death camps which “deeply wounded” the pride of these proud peoples and caused a national uproar.

Although Obama did offer an expression of ‘regret’ to Poland over what the US says was his inadvertent ‘death camp’ gaffe, he was quick to add “insult to injury” after his regime banned Lech Walesa, the Nobel Prize winning Polish hero who defeated communism and former President of Poland, from the White House this past week.

According to the Wall Street Journal, Polish officials requested that Walesa accept the Medal of Freedom on behalf of Jan Karski, a member of the Polish Underground during World War II who was being honored posthumously this week. The request makes sense. Walesa and Karski shared a burning desire to rid Poland of tyrannical subjugation. But President Obama said no.

Obama regime officials, also, told the National Journal that Walesa is too “political.” And as they reported:

“A man who was arrested by Soviet officials for dissenting against the government for being “political” is being shunned by the United States of America for the same reason 30 years later. Meanwhile, one of the recipients of the Medal was Dolores Huerta, the honorary chair of the Democratic Socialists of America. So socialist politics are acceptable, but not the politics of a man who stood up and fought socialism.”

To why Obama became so enraged after Poland banned Monsanto’s genetically-modified corn, this report says, was due to the Polish governments linking this most dangerous of plants to the deaths of bees worldwide, and should the American people discover this fact would undermine his regimes goal of destroying all independent agriculture in the United States.

So catastrophic has the situation become in the United States due to Monsanto’s genetically-modified corn that in the last few weeks alone beekeepers have reported staggering losses in Minnesota, Nebraska and Ohio after their hives foraged on pesticide-treated fields and an even grimmer scientific report warns that a “superweed” explosion threatens Monsanto heartlands.

Equally disturbing are the links emerging linking Monsanto’s genetically-modified corn to the genocide of all bat species in North America that has ravaged the Eastern parts of the US and now is reported to be moving west threatening the extinction of one of nature’s most prolific pollinators.

And if the American people thought this catastrophic situation couldn’t get any worse they would horribly wrong, and as we can read, in part, as reported by the Natural News Service:

“Amid all the controversy over genetically-modified (GM) crops and their pesticides and herbicides decimating bee populations all around the world, biotechnology behemoth Monsanto has decided to buy out one of the major international firms devoted to studying and protecting bees. According to a company announcement, Beeologics handed over the reins to Monsanto back on September 28, 2011, which means the gene-manipulating giant will now be able to control the flow of information and products coming from Beeologics for colony collapse disorder.”

To what the Americans will do to protect themselves from the “mad scientists” unleashed by the Obama regime against them there appears to be nothing as, and as always, their mainstream propaganda media organs will not let them know the truth, while at the same time they refuse to listen to any others.

Even worse, this past February when the US-based non-profit group Public Employees for Environmental Responsibility (PEER) demanded that the White House comply with a FOIA request for information about their links to Monsanto the Obama regime flat-out refused to release anything they were required to do by law.

Phi Beta Iota:  The world desperately needs a Multinational Decision-Support Centre that can be trusted to produce useful public intelligence across the ten threats, twelve policies, and in the context of the future needs of the eight demographics.