Welcome to Amerika: No More Truth, Justice or American Way

John W. Whitehead is an attorney and author who has written, debated and practiced widely in the area of constitutional law and human rights.

“Of all the tyrannies a tyranny sincerely exercised for the good of its victims may be the most oppressive.”—C.S. Lewis

This is an all-out psy op at this point with bizarre claims of “double agents” and future attacks in the works.  Having been caught with their pants down–where the younger Tsarnaev brother, Dzhokhar, was even photographed while leaving the scene with this backpack intact and spent his week as a normal college student–and  and now they are throwing in everything but the kitchen sink, including fantastic stories of him and his brother, Tameran, as “double agents”, which is nearly as ludicrous as the original story. 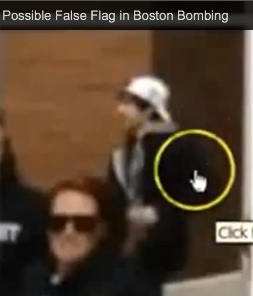 What we know is that Craft International was doing this for the DHS and that the operation was botched badly, where the internet has a blizzard of reports that take it apart, piece by piece.  The agenda appears to have been to smother news about the Bush/Cheney and Obama/Biden administrations having been engaged in torture, the transfer of some of our most sophisticated weapons to Israel for use in an attack on Iran, the legitimization of the use of military forces to maintain law and order in violation of “Posse Comitatus”, and to create sympathy for Israel by suggesting that, “Now we know what they experience on a daily basis”.

That appears to have been the rationale for sending Israeli investigators and Israeli doctors to Boston, as though it were remotely necessary.  Does anyone think they would know Boston better than local cops?  or that Boston does not have abundant medical experts?  Some were injured and killed, but consider the case of the man who lost his legs TWICE for the sake of a worthy cause.  They apprehended the older brother and then later beat him to death.  He was a boxer and his younger brother was a wrestler.  Their parents and relatives are complaining that these were good kids, who were set up as patsies–and they appear to be right!  Think “Ruby shoots Oswald”.  Caught, they are trying to sow confusion on a massive scale.  As “false flags” go, this was the Original Amateur Hour and the toothpaste is out of the tube.

The Man who lost his legs twice

In addition, we have a series of photographs showing how the alleged victim who lost his legs was faked by several accomplices. If this is not the most amateurish production in American “black op” history, I cannot imagine what comes close. There can be no doubt that the authorities want to claim the case is closed before more Americans wake up and smell the stench. It is embarrassing that an event of this clumsy character should be swallowed by any American–not to mention the blatancy of the hoax being promoted by all of our television networks, without exception. This is a major scandal, where no one should be taken in:

Read full article with photos and videos and measured quotes from others.

Phi Beta Iota:  We have no direct knowledge.  We also continue to believe in the Constitution, the Republic, and the rule of law.  At this time we believe that the Boston bombings were a civilian government false flag endeavor — without the knowledge or participation of the Department of Defense — and that the truth will be clear before 2014.  The future of Congress — and the White House in 2016  —  and therefore of the Republic —  could turn on this matter.