Part II of the interview is below.

ROBERT STEELE: If the information is being censored by #GoogleGestapo, then we are hitting a nerve. Alex Jones remains a mystery to me, with three partial explanations floating around.

First, it may be that he’s always been owned by the Zionists who rely heavily on pedophile blackmail to get their way, and they forced him to take a dive on PizzaGate and now may be forcing him to take a dive on Sandy Hook — a case that is being held up only by national security waivers compromising the judges and prosecutors while allowing the witnesses against Jones to “legally” lie to the Courts. His own legal team may be compromised, they are stunningly unwilling to engage with the 30+ expert witnesses that have challenged every aspect of Sandy Hook. 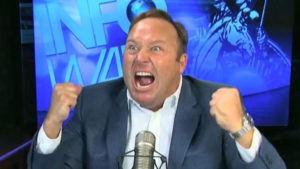 Another explanation is that Alex is losing his mind to a combination of too many supplements and his very nasty divorce (Sandy Hook discovery will easily undress him in every possible way, if you are not a pure as driven snow, do not get in a knife fight with the Zionists or FEMA). 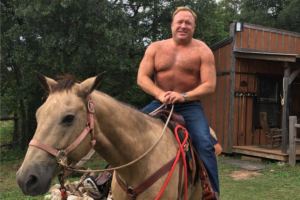 Third and last, most improbable but I dare hope — he is playing a long game, 9/11 Truth and Sandy Hook Truth are one election cycle too soon, he will be resurrected by the President before 2020. I am empathetic toward Alex — I survived the “child sex slaves on Mars” media hit job commissioned by Media Matters and executed by twits at The Daily Beast and The Washington Post, in part because I am — wait for it — the Chief Counsel of the Judicial Commission of Inquiry into Human Trafficking and Child Sex Abuse. Gosh, and a recommendation for the Nobel Peace Prize as well as two billionaires wanting to fund the truth channel (we won’t call it the Trump Channel just yet, the President has not earned it). I agree with Sarah and Dustin: Q has been a priceless asymmetric attack on the censorship-prone Mainstream Media (MSM) and what I have now famously labeled #GoogleGestapo (Amazon, Facebook, Google, MeetUp, Twitter, YouTube and lesser lights including Reddit, Wikipedia, and WordPress.com).

My bottom line: Alex was great in his time and deserves our condolences for self-destructing — perhaps on command. Now it is time for new voices that are less focused on selling supplements and more focused on the truth in its own right. Caitlin Johnstone, for example.