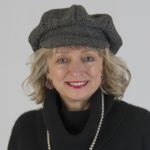 This announcement not only  takes issue with government propaganda, but explicitly addresses the censorship and manipulation that have been characteristic of what some call #GoogleGestapo — the platforms that have been censoring and manipulating data and digitally assassinating tens of thousands of sources and millions of specific posts and videos.

The Commission chaired by Christophe Deloire and Shirin Ebadi is today releasing the “International Declaration on Information and Democracy,” which establishes democratic guarantees for the global information and communication space.

Seventy years after the Universal Declaration of Human Rights was adopted in Paris, the READ THE DECLARATIONHere“International Declaration on Information and Democracy” is establishing basic principles for the global information and communication space, which its preamble defines as a “common good of humankind.” The management of this space “is the responsibility of humankind in its entirety, through democratic institutions,” the preamble adds. Published today, this six-page document sets out democratic guarantees for the freedom, independence, pluralism and reliability of information at a time when the public space has been globalized, digitalized and destabilized.

This Declaration was adopted unanimously by the members of the Information and Democracy Commission chaired by Christophe Deloire, the secretary-general of Reporters Without Borders (RSF), and by Nobel peace laureate Shirin Ebadi. After meeting for the first time in Paris on 11 and 12 September, the commission worked for nearly two months,regularly communicating by means of videoconferencing and email. The commission’s mission statement, written by its two co-chairs, said the Declaration must “constitute a point of reference that will mobilize all those who are committed to defending a free and pluralistic public space, which is essential for democracy.”

What does this Declaration bring to the body of law and deontology codes already in effect? Recognizing that the global information and communication space is a common good of humankind provides the grounds for establishing democratic guarantees. Enshrining a “right to information,” understood as reliable information, is an innovation that establishes that human beings have a fundamental right to receive information that is freely gathered, processed and disseminated, according to the principles of commitment to truth, plurality of viewpoints and rational methods of establish facts.

While the concept of “freedom of expression” has been used to justify the lack of accountability for entities including platforms that create the technical mean, the architectures shaping choices and the norms for the information and communication space, the Declaration points out that freedom of expression is a right of individuals, with limited exceptions. Entities that contribute to the structure of the information and communication space must respect basic principles. Their activities must, for example, respect political, ideological and religious neutrality. They must guarantee pluralism by favouring serendipity among other means, and they must establish mechanisms for promoting trustworthy information. These entities must be predictable for those over whom they have influence. And they must be resistant to any manipulation and open to inspection.

The Declaration affirms journalism’s social function, a function that justifies special efforts to ensure its financial viability. The role of journalism is to be a “trusted third party” for societies. The task of journalists is to give an account of reality, revealing it in the broadest, deepest and most relevant manner possible, not only portraying events but also explaining complex situations and changes, reflecting both the positive and negative aspects of human activities and allowing the public to distinguish the important from the trivial. The freedom and safety of journalists, the independence of news and information and respect for journalistic ethics are all essential conditions for the practice of journalism, regardless of the status of those who practise it.

How should the Declaration’s principles be put into practice? The Commission calls for the creation of an international group of experts whose mandate and funding should ensure its independence from both companies and governments. It should have the power to investigate practices in the information and communication space and their impact on its means, architectures and norms. “Democratic accountability will require continuous expert participation that adequately balances global representation with rigorous evidence-based assessment of practices and conditions of knowledge production in the global information an communication space,” the Declaration says.

In an appeal published today in the international media, the Information and Democracy Commission’s members say: “We urge leaders of good will on all continents to take action to promote democratic models and an open public debate in which citizens can take decisions on the basis of facts. The global information and communication space, which is a common good of humankind, must be protected in order to facilitate the exercise of freedom of expression and opinion while respecting the principles of pluralism, freedom, dignity and tolerance, and the ideal of reason and knowledge. To this end, we ask for strong commitment to be expressed as early as 11 November, during the Peace Forum, when dozens of political leaders will gather in Paris.”

About Reporters Without Borders

Reporters Without Borders (RSF) is an international non-governmental, non-profit organization with a recognized public interest function that has consultative status with the United Nations, UNESCO, the Council of Europe, the International Organization of the Francophonie and the African Commission on Human and Peoples’ Rights. Headquartered in Paris, it has bureaux, sections or representatives in 17 cities (Berlin, Brussels, Geneva, Helsinki, Istanbul, Karachi, Kiev, London, Madrid, Mexico City, Rio de Janeiro, San Francisco, Stockholm, Taipei, Tunis, Vienna and Washington), correspondents in 130 countries and 15 local partner organizations.