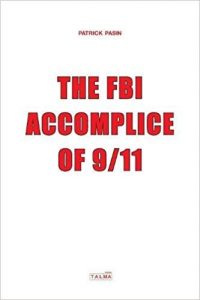 And that is only the beginning of this book. The time for an independent investigation on 9/11 and the FBI’s (mis)conduct has come.

ROBERT STEELE: I have been calling for the indictment of Robert Mueller (and Dick Cheney) for some time.  I consider Robert Mueller, whose sole job as  Director of the FBI after his predecessor very wisely quit rather than be a party to the 9/11 inside job, to be indictable for 3,000 counts of obstruction of justice and 3,000 counts of accomplice to murder after the fact. I am having difficulty understanding why President Donald Trump is not honoring his campaign promise to assure the full disclose of 9/11 culpability, now known to have been planned and executed by the Zionists with the active complicity of the Governors of New York and New Jersey, the Mayor of New York City, and the leadership of the Port Authority of New York and New Jersey.  Dick Cheney, first as Secretary of Defense and then as Vice President and de facto President, is known to be the principal actor making this atrocity — this act  or treason — possible.

Memoranda for the President on 9/11: Time for the Truth — False Flag Deep State Truth! UPDATE 17: Israel Did It with Cheney & Mueller